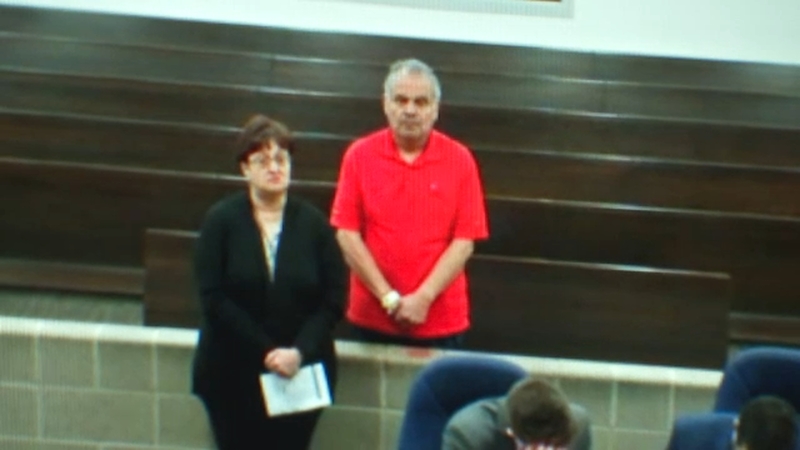 According to court documents, Lopez was seen on video in two separate occasions, touching the teen on the leg and kissing her on her face.

Prosecutors originally requested bond to be set at $10,000.

The bond was set by a magistrate Tuesday according to what's known as "Rule 9" in the Harris County Criminal Courts at Law Rules of the Court which states in part that misdemeanor arrestees will have unsecured bail amounts set initially no more than $100. The assault charge against Lopez is a misdemeanor.

Despite the $100 bond, prosecutors requested that Lopez appear again in front of a district court judge.

In Texas, assault is a Class A misdemeanor under certain guidelines. The charge can also be a felony if certain circumstances apply. It wasn't clear if prosecutors planned to upgrade the charges against Lopez.

The judge in the case also set guidelines for Lopez's release that requires him to wear an ankle monitor. He's also barred from having any contact with the victim. Lopez was still in custody following the court appearance.

The teen, who has been diagnosed with Cornelia de Lange Syndrome, was seen on video moving Lopez's hand away. Officials say the teen has a very severe speech impediment, which prevents her from communicating.

Galena Park ISD officials released the following statement in regards to the incident:

"I can confirm our Human Resource Services Department, in conjunction with the Transportation Department investigated a former employee, who had been employed by GPISD since February 2016 about allegations involving a student. The investigation commenced as soon as the District learned of a concern on January 13, 2020. The employee has not been employed by the District since January 14, 2020. The District has taken every effort to ensure the safety and well-being of all students and has reported the incident to the appropriate authorities."