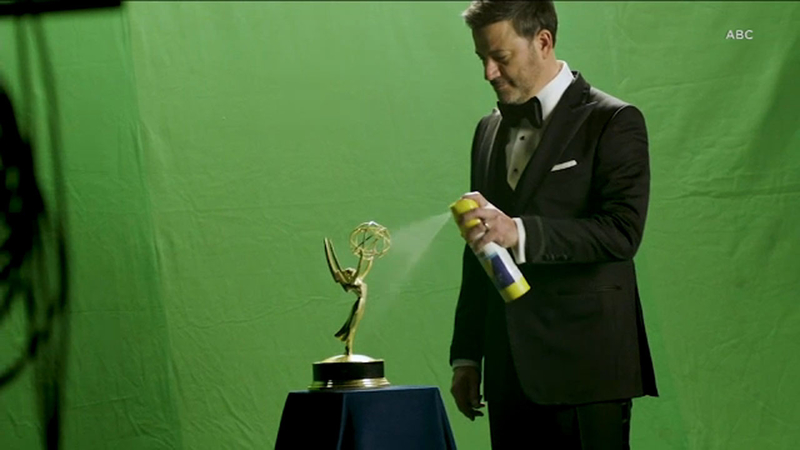 LOS ANGELES -- For the past 20-something years, getting ready for the Emmy Awards meant prep work on location wherever the show would be taking place.

This year because of the pandemic, we'll see our first virtual Primetime Emmys.

"Oh my God. It is so funny. I feel like it's more of a production with this virtual thing than if I was just getting dressed to go to the Emmys," said nominee Regina King.

King is no stranger to the Emmy Awards. She's been nominated five times, including this year, and has won twice. For her and all the other hundreds of stars who are lucky enough to be involved in this year's Emmy universe, it's a brave new world.

"We're experimenting a lot. I mean, we're not sure what all's going to work!" said executive producer Reginald Hudlin.

Hudlin views the pandemic as an opportunity to shake up traditional Hollywood norms.

"To quote the great Melvin Van Peebles, sometimes trouble is opportunity in work clothes," said Hudlin. "Because the fact is, people have been kind of hankering for a reinvention of the award show. Every once in a while, every genre has to get kind of shaken up and redone. And I think COVID has forced us to do that with the award show."

The Emmys will be hosted by Jimmy Kimmel from the Staples Center in Los Angeles. Anyone on site will be following strict safety protocols, but most people will be joining remotely.

The show has set up 130 livestreams all around the world. And when it comes to "who are you wearing?" - who knows?

"I'm going to go for comfort and take advantage of the fact that I don't have to stand up, I don't have to sit," said nominee Helena Bonham Carter. "I can be in bed, hopefully, with my hot water bottle."

"Tuxedo pajamas, maybe tuxedo pajamas!" laughed nominee Anthony Anderson. "I already have a pair of those. You know, I'd dress it up with a little jewelry, but I'm going to be very comfortable at home."