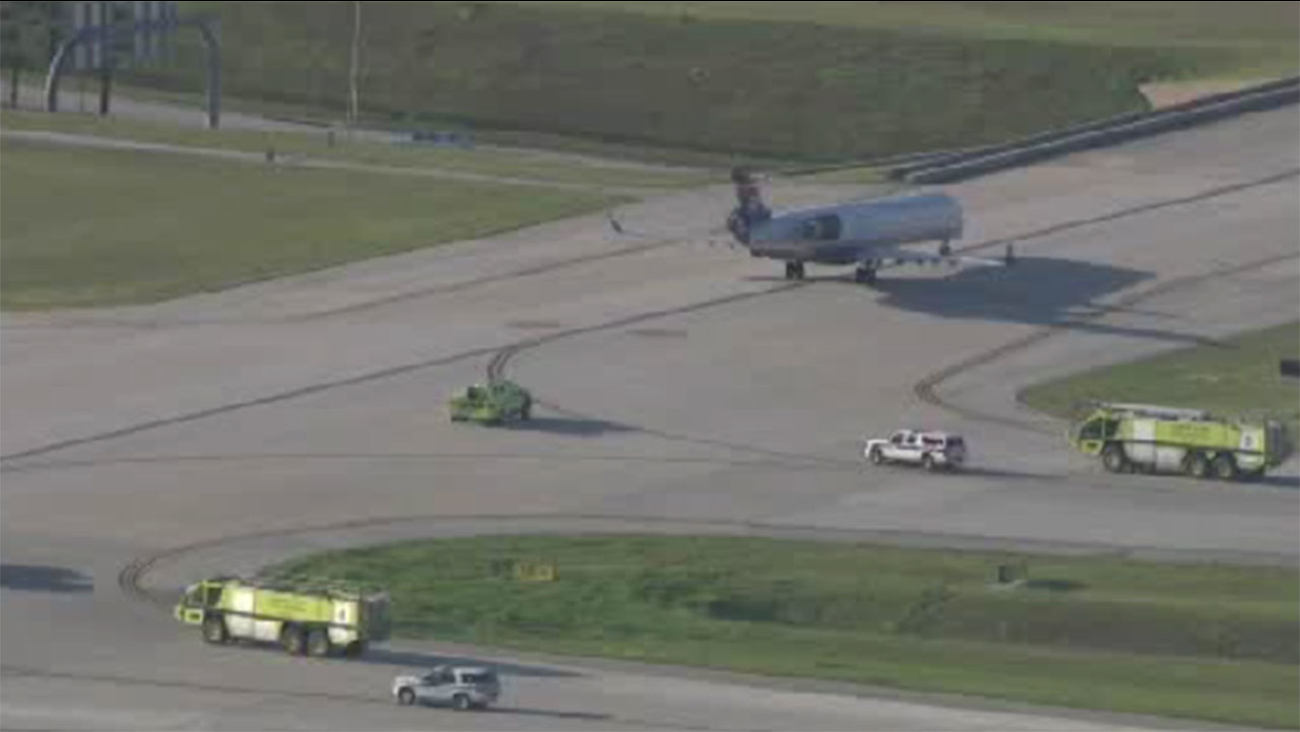 The US Airways Express Flight 5568 reported low oil pressure and engine trouble so it was diverted to Houston. Emergency crews were readied on the tarmac, but the plane landed without incident.