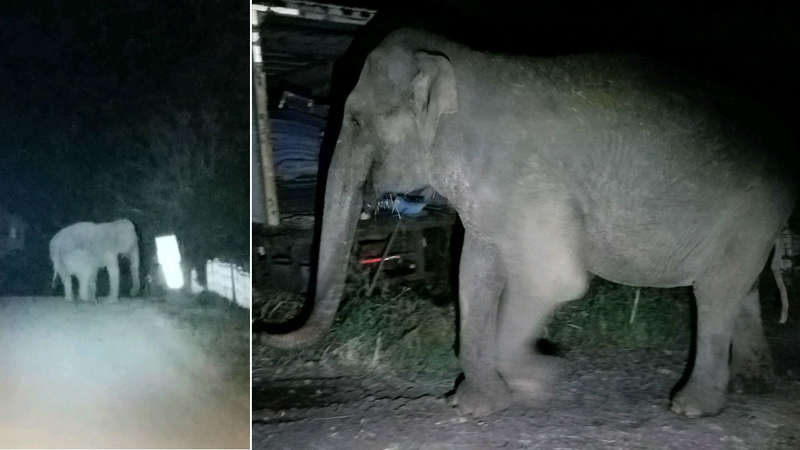 WESTTOWN, New York -- An elephant rescued from Vietnam decades ago is back safe and sound after escaping from an animal sanctuary.

Authorities said they received a call Sunday night about a loose elephant that apparently wandered away from her barn.

The owner of the sanctuary says 44-year-old Fritha was able to escape due to human error after her nightly feeding.

"She has an electric fence that keeps her contained, and just human error, they forgot to flip her switch on and it makes a clicking noise and elephants are very, very smart and she knows that clicking noise wasn't on," sanctuary owner Amanda Brook said.

Fritha made her first stop at a three-ton pile of hay and enjoyed a midnight snack before meandering down the road.

An employee responded to the scene and called out to Fritha who then followed the employee back. She was back to her barn and safe shortly after midnight, some 30 minutes after she escaped.

New York State Police trooper Sgt. Dave Scott was especially thankful the elephant followed directions and returned to her pen. He said he really didn't have a backup plan.

"I don't know what we would have done if we hadn't gotten a hold of the owners," Scott said. "It's not like you can call the local dog warden and have him pick up an elephant."

Officials say Fritha was brought to the United States by the sanctuary after she was burned by napalm during the Vietnam War.