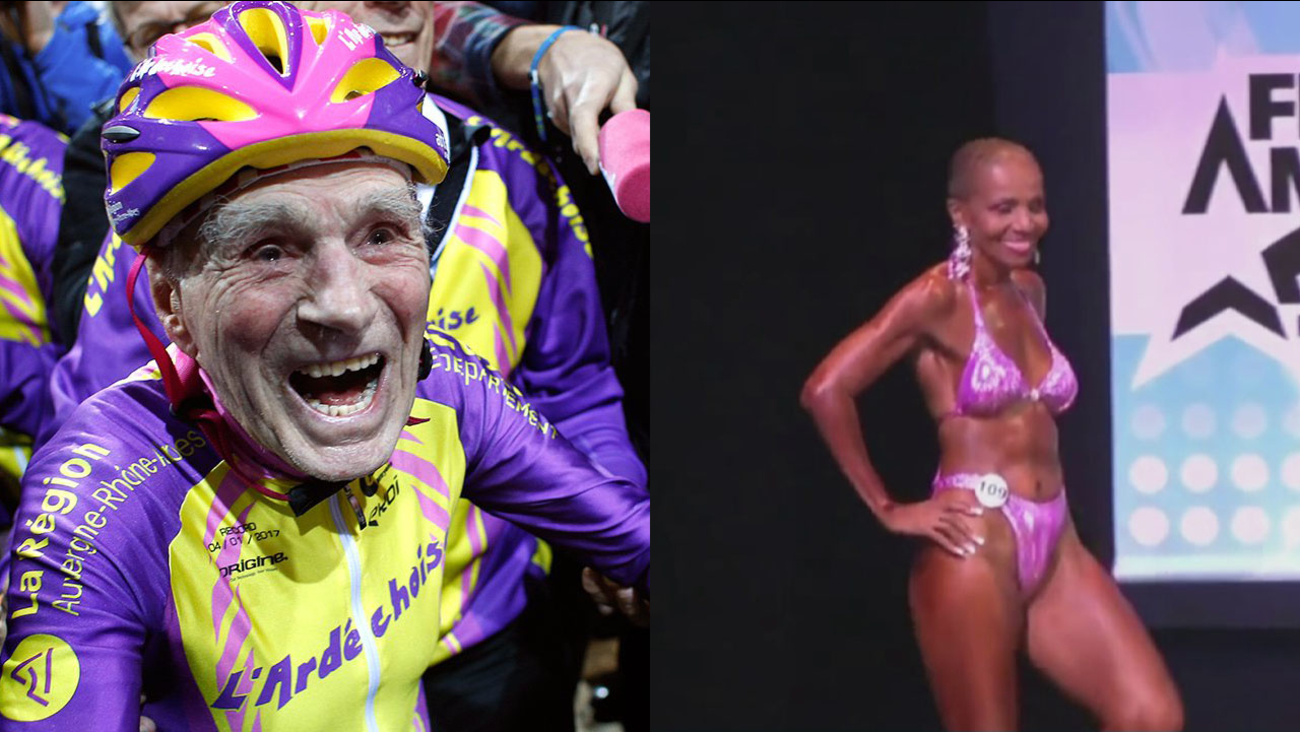 HOUSTON (KTRK) -- There's an old adage, "age ain't nothing but a number," and all around us we see people who defy time. These men and women perform at levels way beyond their calendar years and remind the world nothing is impossible. Here are a few of our favorite people who will remain "forever young."

French cyclist Robert Marchand, 105, reacts after setting a record for distance cycled in one hour, at the velodrome of Saint-Quentin en Yvelines, outside Paris.

Nearly a century ago, Robert Marchand was told by a coach that he should give up cycling because he would never achieve anything on a bike.

He proved that prediction wrong again in January.

Craton first went to college in 1962, but put her education on hold to support her children.

Now in a wheelchair and hard of hearing, attending college on campus wasn't an option so she completed her degree online.

Craton says she's happy to finally have her degree, but says she still has more to learn and so - she's going for her masters degree.

At 80 years old, Ernestine Shepherd, is known as the world's oldest body builder.

If you need some motivation to keep your New Year's resolution going strong, meet Ernestine Shepherd.

At 80 years old, she is regarded as the world's oldest competitive female body builder. She told our sister station WLS-TV in Chicago what inspired her to get on the path to fitness at the age of 56.

"My sister and I didn't like the way we looked in bathing suits, so after that, we said, 'We got to get fit!' So we started going to a gym and working out. That started the whole thing," Shepherd said.

Before that, she said she had been doing "absolutely nothing" to keep in shape.

Now, Shepherd has won several bodybuilding titles. She encourages people trying to get in shape to stay "determined, dedicated and disciplined."