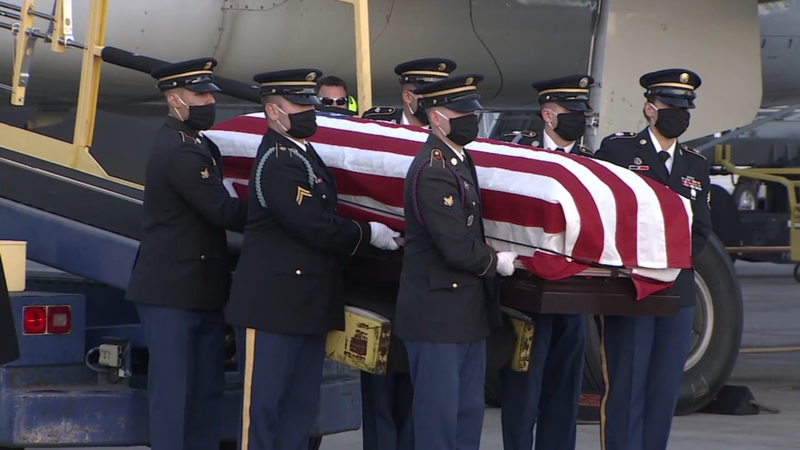 BOSTON, Massachusetts (KTRK) -- The body of a Fort Hood soldier once reported missing arrived home to his family Tuesday.

His body was found hanging from a tree on Aug. 27, about 25 miles from the Army post, the Boston Globe reports.

Authorities said they did not suspect foul play in Fernandes' death, though an autopsy was ordered. Formal identification of the body will be determined by the autopsy, but identification found nearby indicated the body belonged to Fernandes.

Fernandes was given plane-side honors upon arrival.

You can watch the moment his casket, draped with an American flag, was removed from the airplane in the video above.

Police in Temple, Texas, said they believe they have found the body of a missing Fort Hood soldier. This is what he reported right before he went missing.

Maj. Gen. Scott Efflandt, who oversaw Fort Hood at the time of Guillen's disappearance earlier this year, is being replaced, as previously announced, but will no longer ascend to take command of the 1st Armored Division.

Instead, according to a military announcement, Efflandt will remain at Fort Hood in a deputy capacity while his successor, Maj. Gen. John B. Richardson IV takes over beginning Wednesday.

The move also goes along with a new lead investigator being appointed to look at how Fort Hood brass handled Guillen's sexual harassment allegations, which Army officials at one point disputed.