Accused killer out on bond charged with another murder 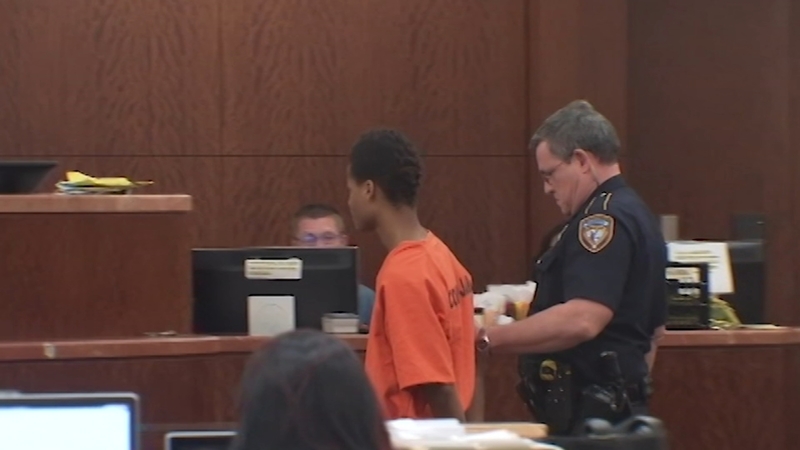 Accused killer out on bond charged with another murder

ABC13 first reported about Edward O'Neal when the then-18-year-old was charged with killing his friend, 16-year-old Ryan Roberts. Police said he admitted to stabbing Roberts several times and confessed to the killing three times. His mental health has prevented a trial to this point.

But on Nov. 28, five months later, O'Neal is accused of another murder. Authorities say he shot 39-year-old Derrick Mike to death at an apartment complex.

According to court records, O'Neal's mother told investigators, "He has mental issues and that she is afraid of what else he may do."

So was Ryan Roberts' mother Christina. ABC13 spoke to her virtually Monday at her new home out-of-state.

"I told the DA he should not get out. He killed my son, he'll be killing again," she said, along with a message to Derrick Mike's family. "I'm sorry you had to go through this. Justice is going to be served."

Andy Kahan is a long-time crime victim's advocate. He says this is the latest case of a judge lowering felony bond and a suspect committing a murder while back out on the street. He puts the number at 70 in the last two years.

"We are in the midst of a Harris County bond pandemic and Derrick Mike became the latest collateral damage," Kahan said. "I've been around 30 years. I have never seen a lower bond for first-degree murder than I have in this particular case and that really flummoxed me."

We reached out to the judge to ask why he lowered the bond for O'Neal and were told he was out of the office. Mike's family did not want to talk.

The Harris County District Attorney's Office issued a statement to ABC13 which reads, "Our prosecutors told the judge in court that we opposed bond being lowered for this defendant and we twice filed motions asking the judge to set conditions on the defendant's bond if he were to be released pending trial. We also let the judge know the facts of the original murder, to ensure the court was aware of our concerns for public safety."

Mom: Dead teen may be victim of someone linked to devil worship.

O'Neal is now in jail without bond this time, but State Senator Paul Bettencourt says something has to change. He says he will propose legislation in the next session to prevent cases like O'Neal's from happening again.

"We're giving out additional felony bonds like popcorn," Senator Bettencourt said. "We've got to stop this revolving door of low-cost or no-cost bonds, because people are literally being killed as a result."