MONTGOMERY, Texas -- Following lengthy discussion, Montgomery ISD board of trustees have decided to keep the district's mask mandate in place until May 31, which is the end of the school year.

The board voted to continue the policy at the March 23 meeting, with one vote in opposition.

Board members showed visible signs of emotion as they listened to public comment on the pros and cons of ending the mask mandate, but ultimately the final decision centered around two factors: A desire to keep schools open and to avoid convoluting contact tracing even further, which trustee Linda Porten referred to as a "bureaucratic" process.

After Gov. Greg Abbott announced the end of the statewide mask mandate, the Texas Education Agency advised school districts to follow the guidance of local health individuals to make a determination on mask requirements. But the TEA kept its contact tracing requirements the same, putting school districts in a tight spot, MISD officials said.

Under TEA guidelines, students that have been in close contact with a COVID-19 positive individual must quarantine for 10 days, but exceptions can be made if both students were wearing masks.

However, if a district removes its mask policy and a COVID-19 positive individual who is not wearing a mask comes into close contact with other students, then those students would need to quarantine, regardless if they were wearing masks.

"Even if masks are optional, we will still be sending more students home unless TEA changes contact tracing [guidelines]," Superintendent Heath Morrison said.

SEE ALSO: Keeping COVID-19 limits is up to each Texas school district as mandates due to be lifted

"We must continue to press TEA to get better guidance, make sure ... that they don't put us in a position where we don't have clear guidance," he said.

The board voted that if the TEA revises its contact tracing policy, MISD could potentially end its mask mandate sooner.

Other factors the board considered in its decision was advice from legal counsel, input from various stakeholders and health officials, and staff surveys. Morrison also noted that among the districts in the region, only Magnolia ISD has opted to end its mask policy.

Prior to the board's vote, trustees listened to several public comments, which were roughly split evenly between continuing the mask policy and ending it.

One parent, Allizia Embry, said she felt that common sense had been lost with all the COVID-19 rules, and she pled to the district to end the masks. She recounted the inconveniences her family experienced when her daughter was forced to quarantine for 10 days when she came in close contact with a positive case. Despite Embry's daughter showing no symptoms, Embry had to take off work to supervise her child.

"(I called the district, and) the answer I kept getting over and over was 'We are following the rules,'" she said.

Meanwhile, Kalani Hayden, a student at Montgomery High School, urged the board to continue the masks. She said although masks were an inconvenience, they helped keep schools open-and going to school gave her and other students a sense of normalcy in a very challenging year.

"This piece of cloth has become a piece of political propaganda," she said. "I am afraid if we lift the mask mandate ... we are advancing too soon."

Another parent, Jessica Grace, said it should be the parent's right to decide what is best for their child. However, it was precisely for this reason that she urged the board to keep the mandate. Because the TEA did not update its contact tracing guidelines, she said that more parents would be forced to quarantine their children, thereby restricting choice even further.

Prior to the vote, trustees each delivered their thoughts on the issue. 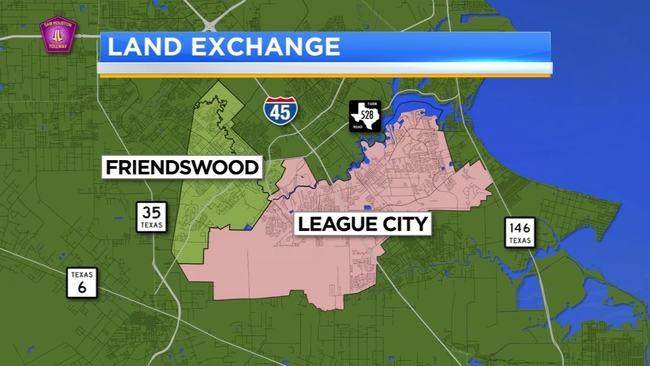