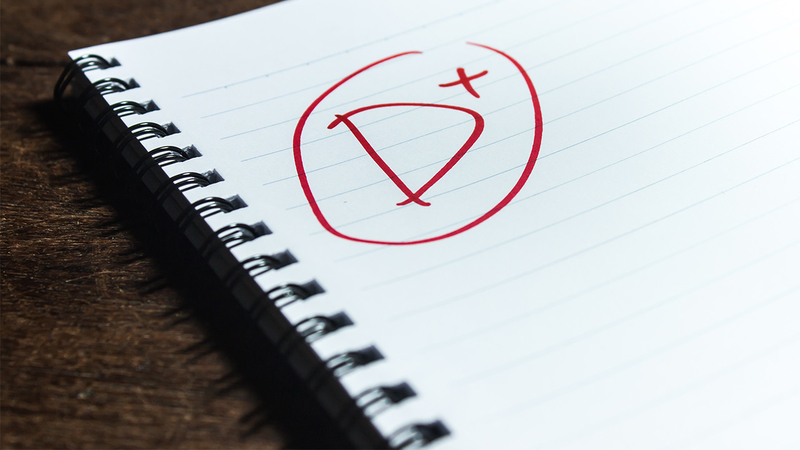 Katy no longer will give "D" grades

KATY, Texas (KTRK) -- In a board meeting last month, Katy ISD approved changes to its class ranking and district policy, which includes removing the "D" letter grade from its grading system.

The district says the change is new to Katy ISD but it is something other districts are already doing.

"I think the students do put a lot of pressure on themselves and I think they sometimes engage in some unhealthy competition in trying to earn that certain GPA. Whereas, we would rather them approach their high school career with balance in mind," said Leslie Haack, Deputy Superintendent Katy ISD.

Here's how the new system works:

In three years, students will no longer receive a C minus, they will only receive a C.

Parent Georgia Strickland attended the board meeting where they voted to eliminate the D letter grade.

"I support the district and the decisions that they make. It's their job to do what's best for my child and at the end of the day, I trust them with that," said Georgia Strickland, a parent.

The district is also modifying class rank for students that are not in the top ten percent. They will get a quartile ranking instead.

The district says students who began the 2019-2020 school year as juniors, sophomores or freshmen will see a modification to the class rank reporting practice.

"While eleventh grade students in the top 10% will continue to receive a class rank in the spring semester of their junior year, all other students will receive a quartile rank during that same time," said the district in a press release Tuesday.

Quartile ranking means the district will only tell students if they are in the top 25, 70, 75 percent of the class, much like many of the state's public college admission policies.

"We've found over time that labeling all students with an exact rank feeds a culture of unhealthy competition, stress and pressure," said Dr. Christine Caskey with Katy ISD. "The quartile ranking is beneficial to both the students and the campuses as it acknowledges success, while also allowing more latitude and anonymity within the parameters of each quartile."

This will not impact students ranked below the top 10 percentile, according to the district. This year's graduating seniors will go by the previous class rank reporting practice in which a ranking will be issued for every member of the class.

All Katy ISD campuses will be reviewing the updated policy with students and their families of the recent changes.