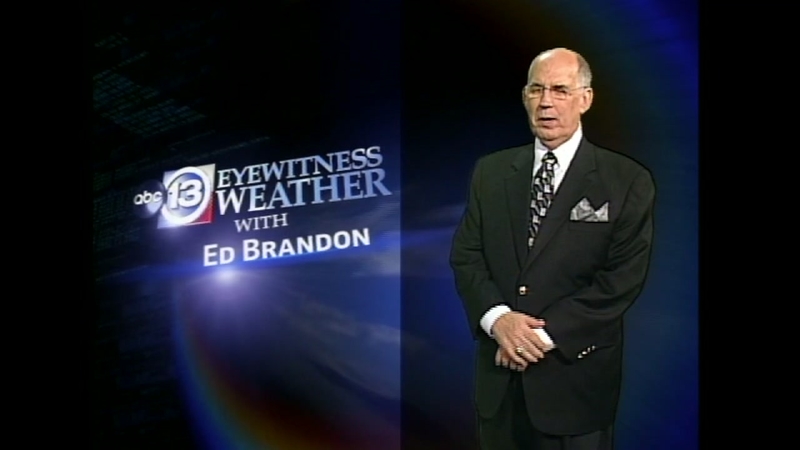 HOUSTON, Texas (KTRK) -- Ed Brandon had multiple families- from his brother, nieces, and nephews, to his work family at ABC13, and a large family of friends. On Saturday, all were brought together to celebrate the life of a beloved Houston icon.

Ed Brandon passed away earlier this week at his Houston home when his heart finally gave out. Those who knew him would tell his true heart was for people and helping those he could.

Ed grew up in Texarkana, and at a young age was drawn to the radio.

"He had a thick East Texas accent," his brother Burt Branstetter recalled in the eulogy to his big brother. "He listened to network radio announcers, and by the time he grew up, I was the only one with the accent."

Ed's career began in radio. He adopted Brandon as his on-air last name. Then he transitioned to TV, as a weatherman. "He loved doing the weather because he believed it helped people," his brother said.

In 1972, he came to Channel 13, where his quick wit and friendly nature endeared him to viewers for decades.

"Humility entered a room before Ed did," recalled former Eyewitness News anchor Shara Fryer. "There was no ego about him," she said.

To anchor Dave Ward, "Ed became a friend, and then a brother. He was a good, good man."

Ed was devoted to his brother and his nieces and nephews.

"He would come to our house a few blocks away after the 6 o'clock news each night. As a kid, I thought that was weird, just a few minutes after I saw him on TV," said nephew Ben Branstetter. "Uncle Eddie and my dad were competitive about their cars. He had a Porsche, then a Tesla, and he always had the latest electronic devices. He had some pretty high tech weather gadgets too."

His other family was the addiction recovery community. Ed went public with his struggles with drug dependency, and through help and force of will, overcame it. Then he turned his efforts into helping others do the same, serving as a sponsor to those facing the same challenge.

He became involved with Cenikor, putting on the Ed Brandon golf tournament to raise money for the program.

Some of those Ed helped performed at his memorial service today. Among them was J P Kendrick, who counts Ed both as a friend and an inspiration. 'People like Ed make it possible to help us realize we're not alone."