9 earthquakes have shaken Texas this week 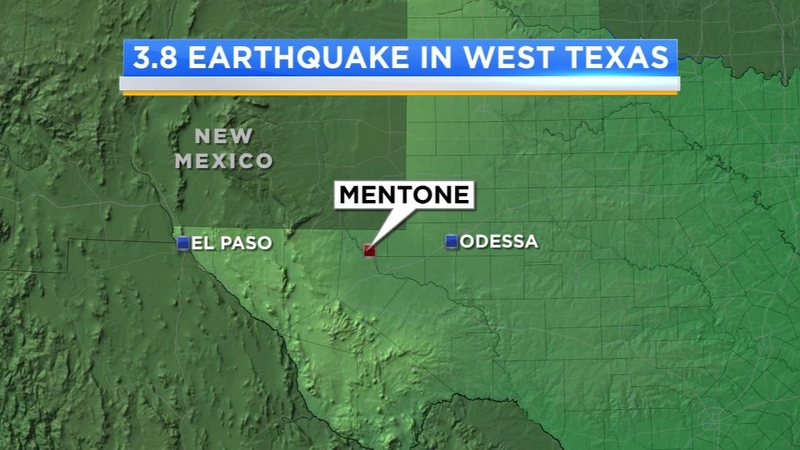 The 3.8 magnitude quake happened early Thursday near Mentone, Texas, around 77 miles west of Odessa. It originated approximately 5.2 miles below the surface of the earth.

MORE: Earthquake scale: How they are measured and what the magnitude and intensity scales mean

According to the US Geological Survey, there were no immediate reports of damage.

BREAKING: the 9th #Earthquake in the past 7 days just occurred in this region of Southwest Texas this morning.
Prelim magnitude 3.8 per USGS. @abc13houston https://t.co/3Qob5hVbv6 pic.twitter.com/87SihJAtJ9

Two people reported feeling the earthquake, according to the tracking site earthquaketrack.com.

Thursday's event was at least the ninth earthquake experienced in Texas this week. None have been considered major.