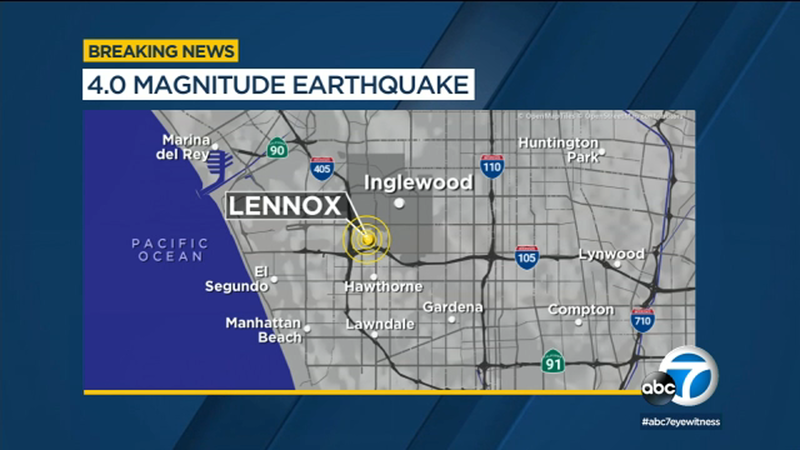 The first quake was recorded around 4:15 a.m. about 1 mile east-northeast of Lennox, about 20 miles south of Los Angeles.

A 2.5 magnitude aftershock was recorded minutes later, less than 1 mile northwest of Lennox.

The USGS reported the 4.0 magnitude quake centered about a mile east-northeast of Lennox at a depth of nearly 20 miles, which rattled the area about 30 minutes later. Seismologist Dr. Lucy Jones told KABC, an ABC affiliate in Los Angeles, that the 4.0 quake had a magnitude 3.0 foreshock.

The M4.0 that just happened was under Lennox, CA, near Inglewood. Very deep at 20 km, so everyone is at least 20 km away. Would have been felt by most people awake in LA. Movement was thrust, probably not on any mapped fault https://t.co/UIPbVH0kw5

Over 20 smaller temblors, including a magnitude 2.4 quake centered near Inglewood, were reported following the 4.0 magnitude.

Reports of people feeling the larger quake quickly poured in. There were no immediate reports of damage or injuries.

According to the Los Angeles Times, in the last 10 days, there have been several magnitude 3.0 or greater earthquakes in that area.

Gathering the proper supplies to have on hand in the event of an earthquake can feel overwhelming, but you might have more on hand than you think.