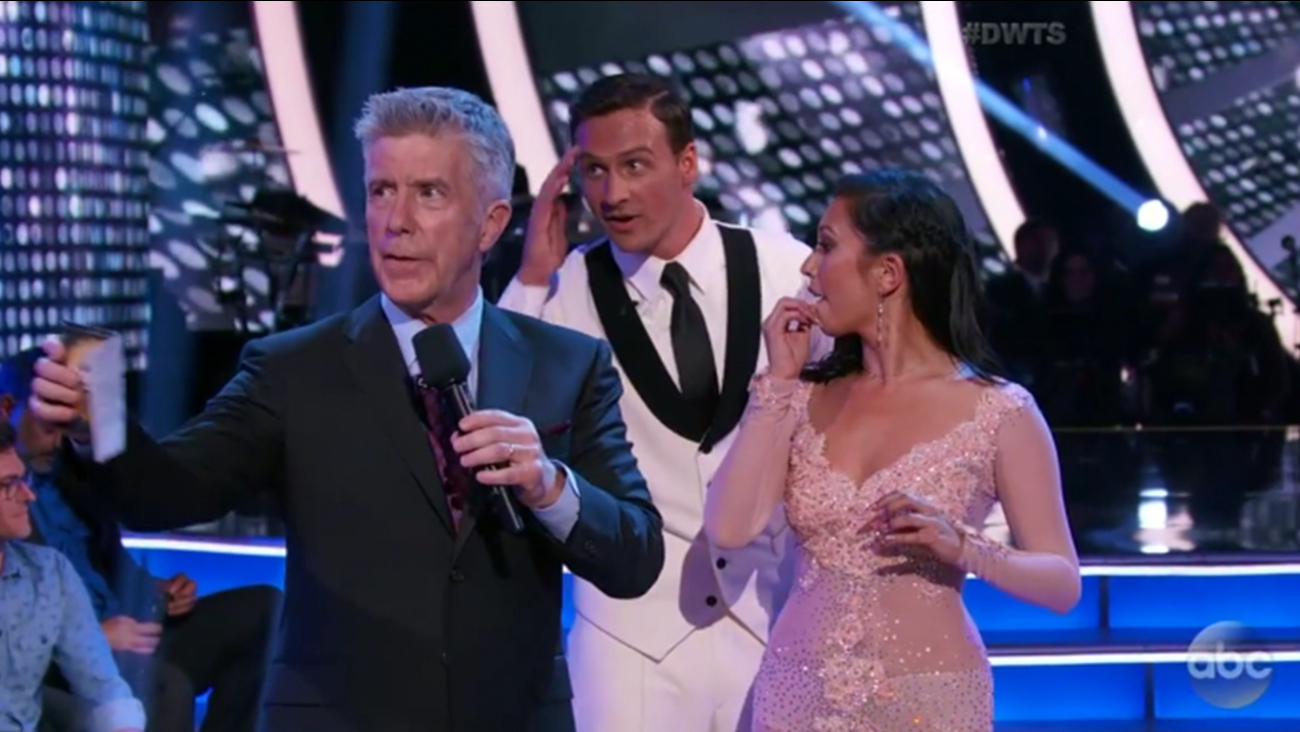 'Dancing with the Stars' host Tom Bergeron immediately cut to a commercial break after a protestor charged toward Ryan Lochte and Cheryl Burke at the judging panel. (ABC)

The premiere of Dancing with the Stars was interrupted when a man reportedly rushed the stage as Olympic swimmer Ryan Lochte and dance partner Cheryl Burke stood before the judge's panel. The incident, which happened live though off-camera, resulted in an onstage altercation with security that left the cast visibly shaken.

Reaction on social media initially reflected viewers' confusion as to what had just transpired on TV, but people quickly took sides. Many took the opportunity to mock Lochte who has become a constant target on social media, while others defending against the use of violence toward the disgraced athlete.

Many users mocked Lochte for his now infamous exaggeration of the gas station incident in Rio.

BREAKING: Someone just robbed Ryan Lochte at gunpoint on #DWTS 😱

Ryan Lochte just got robbed at gunpoint on #DWTS! Or something happened.. I can't remember

"Well, they rushed the stage and told me to get on me knees then held a gun to my head and I was, like, 'Whatever'." - Ryan Lochte #DWTS

Others were outraged by the protester who stormed the stage.

Regardless of what you feel about Ryan Lochte, physical violence is completely unacceptable. This is a dance competition not a trial. #DWTS

How lucky for the nutjob who went after Lochte tonight to be the only human alive to have never ever made a mistake. #MustBeNice #DWTS

Whoever just tried to attack @RyanLochte and @CherylBurke on the dance floor needs help. Everyone deserves a second chance #dwts

who in this world has not made a mistake ? We all deserve 2nd chances. So proud of @RyanLochte & @CherylBurke 4 tonight ! Proud of u guys

Dancing with the Stars judge Carrie Ann Inaba also weighed in on Instagram, writing "We had a bit of a scary moment during tonight's live taping of @dancingabc, but thanks to our security team and incredible staff at #DWTS, no one got hurt. Only positive energy here tonight and always. Thank you."

Lochte's performance at the Olympics last month in Rio were overshadowed by an incident in which he and several teammates were involved in an altercation at a gas station. Lochte originally claimed he and the other U.S. swimmers had been held up at gunpoint before the story unraveled.

"That's why I'm taking full responsibility for it, because I overexaggerated the story," Lochte said of the incident. "If I had never done that, we wouldn't be in this mess."

Photos from Dancing with the Stars Week 1