Mother of baby with rare dwarfism: 'There is nothing wrong with just being different' 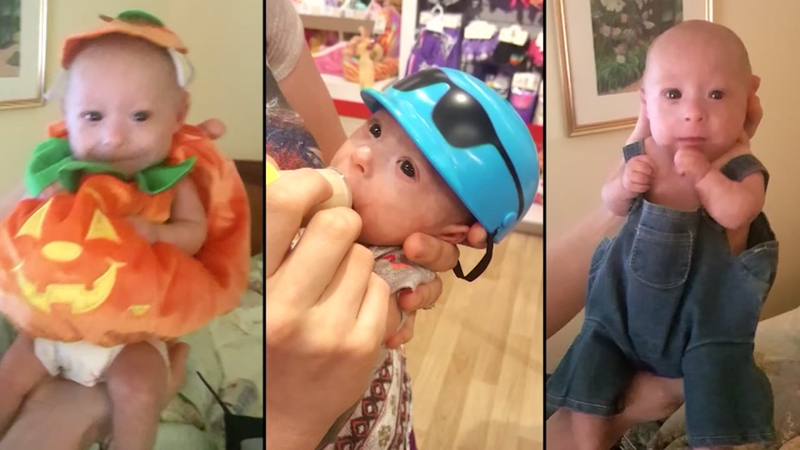 LOUISVILLE, KY (KTRK) -- When people meet baby Matthew, they think he is a newborn. In reality, Matthew, who weighs only three pounds, is actually seven months old.

When his mother, Jenevieve Cook, was pregnant, doctors noticed Matthew wasn't growing properly and she was induced after only 28 weeks.

After 98 days in the NICU, the family went home with an unclear diagnosis.

"Before we got discharged, they said he had microcephaly at that time," Jenevieve told WLKY-TV. "We were told Matthew would not live very long."

"We were told Matthew would walk, he would talk, he would go to school, he would just be extraordinarily small," Jenevieve recalled.

The family has been traveling to Delaware for specialized treatment. They're now in California for two skull surgeries in hopes of preventing further strokes and brain aneurysms, which are common in people with this condition.

Matthew has two older brothers. The family tries to make his life as normal as possible -- and they share his story in the hopes of teaching others that being different isn't a bad thing.