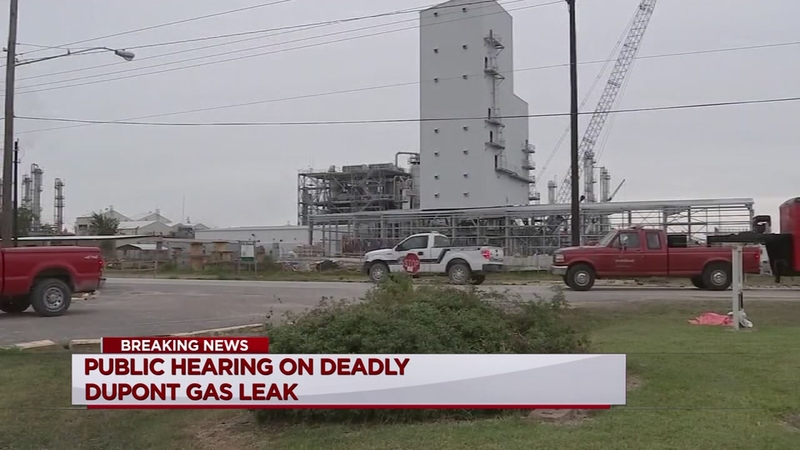 On Nov. 15, 2014, 24,000 pounds of methyl mercaptan - a highly toxic, flammable gas used for making insecticides - were released at the company's La Porte plant. Four plant employees were killed and others were injured.

At the time, Kenneth Sandel, 49, of Friendswood, ran the Insecticide Business Unit (IBU) at that location, according to the federal charges, and was responsible for ensuring IBU employees followed safety regulations. The IBU has since been demolished, but at the time, reportedly produced pesticides called Lannate and Vydate, among other products. The indictment alleges Lannate and Vydate generated annual net income for DuPont of approximately $123 million during 2014.

The indictment alleges DuPont and Sandel knowingly failed to implement certain DuPont procedures federal regulations required. Specifically, Sandel and DuPont engineers allegedly devised a plan to divert a large volume of methyl mercaptan gas into a waste gas pipe system during the day before and night of the fatal incident. However, Sandel failed to implement necessary procedures to evaluate safety aspects of that plan and to prohibit workers from opening the pipe to the atmosphere, according to the charges.

An interim report from the Chemical Safety Board released in 2015 uncovered "flawed safety procedures, design problems and inadequate planning." It showed that the workers did not realize they were releasing the deadly gas that had built up in piping and a storage tank as they drained waste gas from other piping at the unit.

If convicted of the federal safety regulations violations, Sandel faces up to five years in federal prison, while the negligence charge could result in an additional one-year term. Both convictions also carry a potential fine of $250,000.

The company itself faces potential fines of the greater of $500,000 or twice the gross gain derived from the offense.

Corteva Agriscience issued the following response: "E.I. du Pont de Nemours and Company deeply regrets the tragic events that occurred over six years ago, on November 15, 2014, at its facility in La Porte, Texas. We will never forget the colleagues we lost and will continue to honor their memory. We strongly disagree with the basis of the U.S. Attorney's Office for the Southern District of Texas' decision to bring criminal charges and will contest the charges vigorously."

A look at some of the incidents associated with this company