Houston doctor accused of trying to meet minor for sex 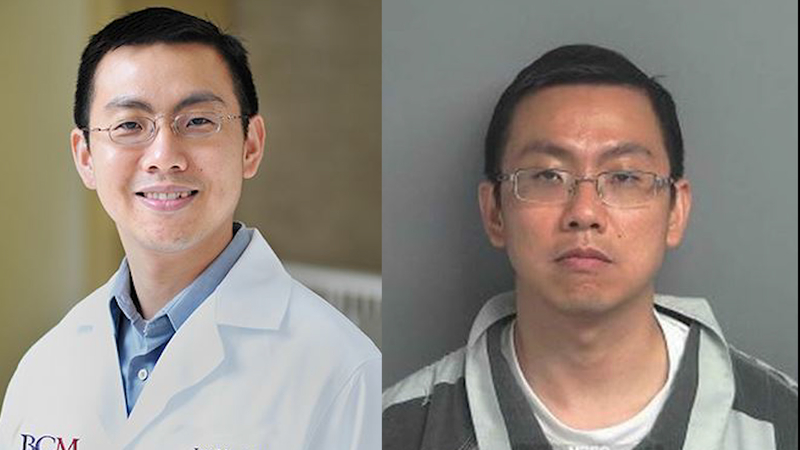 Houston doctor charged with online solicitation of a minor

HOUSTON, Texas (KTRK) -- A Houston doctor has been suspended temporarily from practicing medicine after being arrested for online solicitation of a minor.

According to court records in Montgomery County, Jay Lin, M.D., was charged on July 31 after he allegedly attempted to meet a juvenile for sex.

The Texas Medical Board said Monday it was temporarily suspending Lin's license after learning of the arrest.

The suspension will remain in place until the board decides to reinstate his license.

The Texas Medical Board released this statement Monday:
On August 19, 2019, a disciplinary panel of the Texas Medical Board temporarily suspended, without notice, the Texas medical license of Jay Lin, M.D. (Lic. No. N5809), after determining his continuation in the practice of medicine poses a continuing threat to public welfare. The suspension was effective immediately.

The Board panel found that on July 31, 2019, Dr. Lin was arrested in Montgomery County, Texas for Online Solicitation of a Minor, a second degree felony.

A temporary suspension hearing with notice will be held as soon as practicable with 10 days' notice to Dr. Lin, unless the hearing is specifically waived by Dr. Lin.

The temporary suspension remains in place until the Board takes further action.