Lawmaker seeks to rename Dowling Street due to confederate connection 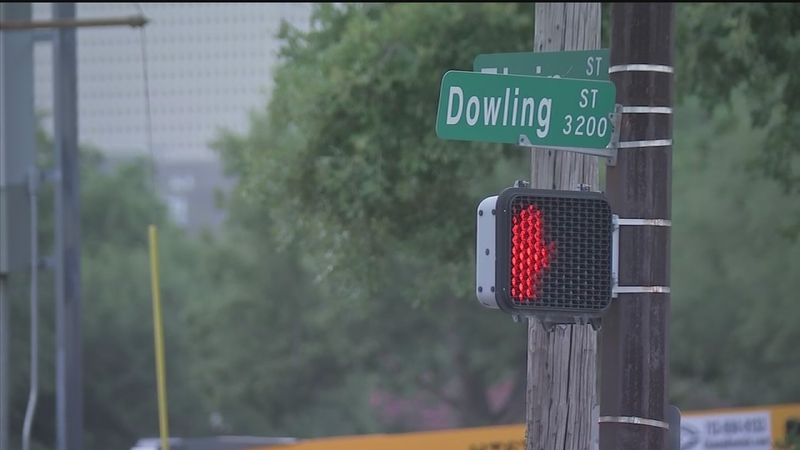 HOUSTON (KTRK) -- There are lots of reminders of Confederate leader Richard Dowling in Houston, including the statue here at Hermann Park.

State Rep. Garnet Coleman is now on a crusade to change a prominent street named after Dowling. He's even gone to the mayor to begin the process.

Dowling Street runs through an historically African American neighborhood. Rep. Coleman said he's lived in that area his entire life and the name has been a source of hurt for him. He said especially now with South Carolina ridding their state capitol of the Confederate flag, progress in Houston must be made too.

Dowling was a leader in the Confederate army in Texas. In September 1863 -- and with the command of just 47 men -- he thwarted a union attack on Texas at Sabine Pass. He was a very prominent business man in Houston as well.

Upon learning of the history, some residents of Dowling Street said they wanted the name changed.

"The street was named Dowling Street, it was done because black people live there. That is not heritage. That is harassment. I think it's time for that market to go away," Coleman said.

Not everyone is happy with this idea. State Rep. Debbie Riddle issued the following statement.

"I understand the sensitivity about this. But for us to rewrite history makes no sense. When we chose to erase the history, then we are in large part erasing the courage and character of those people who overcame injustices and their adversaries. This has got to be about education and renaming streets."

This debate is far from over.