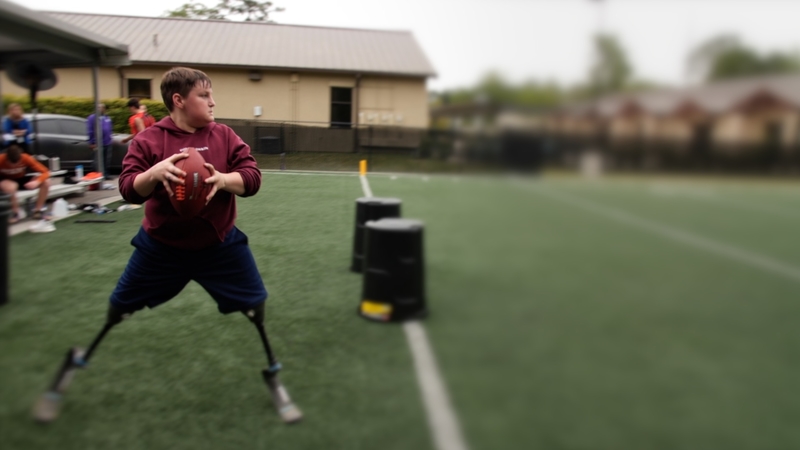 Calder Hodge is a 13-year-old double amputee from Magnolia, Texas with a big goal in life of one day becoming an NFL quarterback.

He is competitive and focused on his dream.

Calder was born without tibia bones. At age 2, his parents made the difficult decision to amputate both of his legs. But that hasn't stopped him from playing football.