Trump threatens GM over cars made in Mexico 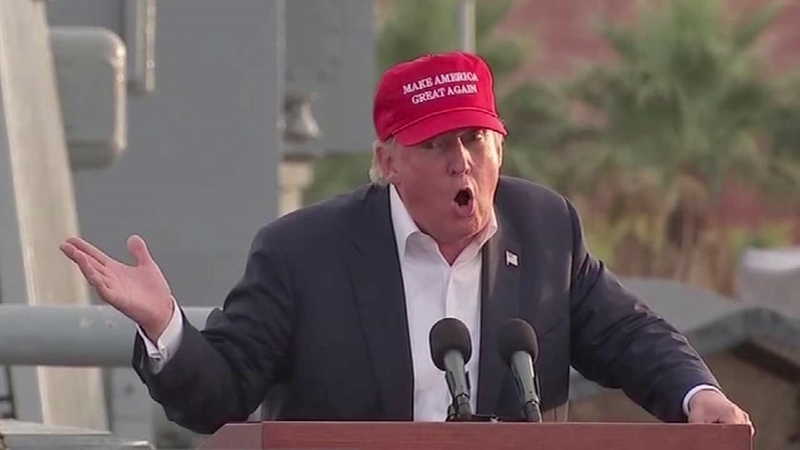 NEW YORK, NY -- In another tweet targeting a U.S. company, President-elect Donald Trump is threatening to slap a tax on General Motors for importing compact cars to the U.S. from Mexico.

But GM makes the vast majority of compact Chevrolet Cruzes in Lordstown, Ohio, near Cleveland.

SEE ALSO: Trump says he doesn't trust computers as he rings in 2017

President-elect Donald Trump says that "no computer is safe" when it comes to keeping information private.

Trump tweeted early Tuesday that GM is sending Mexican-made Cruzes to the U.S. tax-free. He told GM to stop or pay a big border tax.

GM saw the tweet and is formulating a response.

Shares of GM fell 0.4 percent to $34.70 in premarket trading after the tweet.

All but two of Texas' electors cast their ballots for President-elect Donald Trump on Monday.

PHOTOS: Meet the team Donald Trump has selected for his administration


Last year Trump threatened to tax Ford, which plans to shift production of the compact Focus to Mexico. Jobs at the U.S. factory that makes Focuses would be preserved because the plant would get a new pickup and SUV.

A look inside moving day at the White House