Mother pleads for answers in shooting death of her 17-year-old son, Dominic Partida 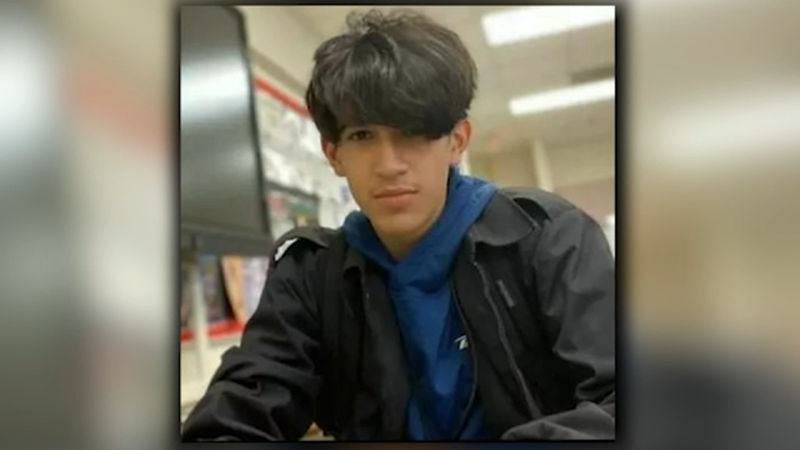 Christina Partida said Dominic, who went by the nickname Dom, was known to be a jokester, and a foodie. Dom had a passion for basketball and a love for animals.

"He was always a free spirit," Partida said, "Full of joy. He just loved life. He loved basketball. All his coworkers are distraught. He was the baby brother of the group."

A makeshift memorial in honor of Dom now sits steps away from their home.

Partida said on Saturday, as the family was moving into their new home, Dom asked if he could hang out with a friend that the family knows.

"I kind of hesitated and I said, 'I guess,'" Partida said.

While Partida was at work, she said Dom let her know he was headed home later that evening.

Surveillance footage shows a truck appears to be parked along Woolworth Street at about 12 a.m. while the 17-year-old gets out of the back seat.

There seems to be a conversation for a couple of minutes until Dominic get out of the vehicle. He then attempts to talk to someone in the vehicle, before the driver takes off.

Moments later, the video shows the Dom running towards his Partida's home.

Neighbors and his brother said they heard gun shots.

Houston police said officers responded to a call of a shooting in progress along the 900 block of Woolworth Street around 1 a.m. on March 20. Police found Dom shot near his chest, almost home. He was rushed to a local hospital where he was pronounced dead.

"What really happened to my child?" Partida said. "Why was my child running from someone that called him brother? Someone I let into my home and I took in to help. What's the real story going on?"

Police haven't shared a motive or a suspect(s). Anyone with information in this case is urged to contact the HPD Homicide Division at 713-308-3600 or Crime Stoppers at 713-222-TIPS.

While investigators try to piece together what happened. Dominic Partida's family is making funeral arrangements and will be hosting a benefit on Sunday, March 27 starting at 1 p.m. at St. Bernard's Pub, located at 3907 Canal Street Houston, Texas 77003 to help with funeral expenses. The family also has set up a gofundme page in hopes of providing Dominic Partida a proper resting place.

"No mother, no parent should be going through this," Partida said. "Nobody."