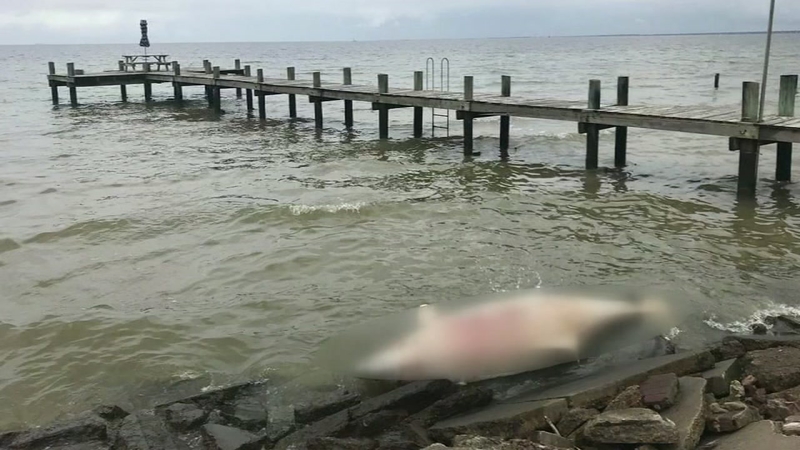 SEABROOK, Texas (KTRK) -- A dolphin found dead in Seabrook has some concerned about chemicals from the ITC plant fire.

No drinking water affected as ITC cleans up spill.

The dolphin, which had been tagged by the Galveston Bay Foundation, was spotted floating on Saturday in Galveston Bay, just off Todville Road.

The Texas Marine Mammal Stranding Network (TMMSN) collected samples from the dolphin and is running tests to try to figure out how it died.

TMMSN told ABC13 it's not unusual to have dead strandings in the area around this time of year, but it does want to investigate fully.

However it died, fisherman Roy Cannon says it's sad to see.

"They're very interesting out there on the water to watch, their antics, the intelligence they show. It's amazing, so you feel terrible when something like this happens," Cannon said.

During a press conference Monday morning, an Environmental Protection Agency official said the dolphin's death isn't related to the ITC tank fire and incidents that followed.

ABC13 has reached out to TMMSN to confirm.

A dolphin found dead in Seabrook has some concerned about chemicals from the ITC plant fire.