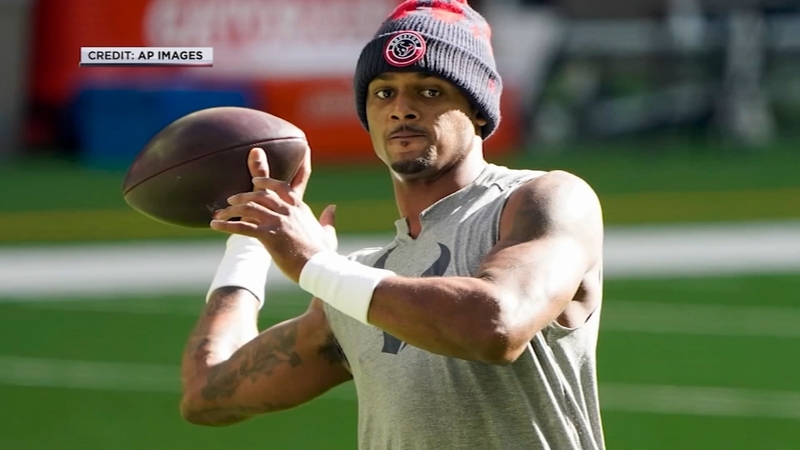 The attorney representing the 22 women who filed civil lawsuits wants Watson to sit down for sworn depositions, as most of his clients have already done.

"Mr. Watson can continue to seek delay," said Tony Buzbee, the attorney for the women. "But it's inevitable he will eventually and ultimately have to answer questions due to his conduct under oath. Not only respect to these 22 women but others."

Attorney Rusty Hardin, who is representing Watson, argued that his client is facing a criminal investigation. He said Watson should not be deposed in civil cases until that investigation is over.

"I tried to make clear the obligation of a lawyer is to protect their client," said Hardin. "While there is a criminal investigation going on, it is only fair to see whether it results in charges or doesn't before you decide if you're going to submit to depositions."

In court, Judge Rebeea Collier delivered a mixed decision. Judge Collier ruled that the women who have already been deposed and did not file a criminal complaint against Watson can have him deposed right away.

"I'm proud to report the court is at least going to allow nine depositions to proceed, depending on the lawyers' schedules," said Buzbee, seeming to declare victory.

But Collier said the eight women who filed criminal complaints against Watson will have to wait until April 1, at the earliest, to get Watson deposed. That's because Hardin argued it would be unfair for Watson to sit for a sworn deposition without knowing how it would affect a potential criminal case.

"I just wanted to wait in this case until he had to give depositions until law enforcement decided there was a crime," said Hardin.

After the judge handed down her decision, Hardin says it will be around 10 days before Watson would be available for any depositions because of Hardin's trial schedule. In addition, he would advise Watson to take the Fifth Amendment against self-incrimination until all criminal investigations are completed.

Sources told ABC13 that the criminal investigation is expected to go to a Harris County Grand Jury in a few weeks.

In the meantime, a reminder that this all began when one woman, then others, began coming forward in 2021. The women allege Watson went to them for massages but acted inappropriately.

These cases have already gone on for nearly a full year.

The women at the center of the lawsuits, and their attorney, Tony Buzbee, continue in their efforts to hold Watson accountable. In contrast, Watson's legal team continues their efforts to fight the allegations.

"Deshaun Watson assaulted and harassed me on March 30, 2020, in my own home, doing what I love the most," Watson's first accuser, Ashley Solis, said in 2021.

"All I'm asking here is that we give this man the same benefit that the women should get. But are there men that do horrible things? Absolutely." Hardin said at a press conference in 2021. "Sometimes, women do too. And I would like everybody to reserve judgment until we have the evidence."