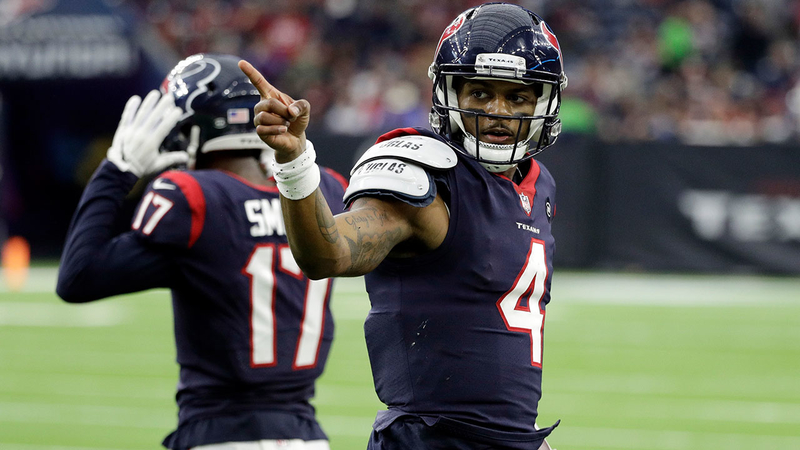 Everything you need to know about the Texans' new quarterback

HOUSTON, Texas (KTRK) -- A quick glance at Deshaun Watson's line against the Jacksonville Jaguars, and it's easy to think he was unspectacular.

Watson finished with 234 passing yards and no touchdowns or interceptions in the Houston Texans 20-3 win to clinch the AFC South title. He also rushed 13 times for 66 yards and a touchdown.

But what Watson did in just his second year as an NFL quarterback is nothing but incredible.

The 23-year-old only played in seven games last season after tearing his ACL, forcing him to miss the rest of the season.

Watson not only fully recovered in time for the 2018 season, but also became the first player in NFL history to throw for over 4,000 yards with 25 touchdowns, and also rushed for 500 yards and five touchdowns.

The former Clemson Tiger also finished sixth in quarterback rating (104.1), ninth in completion percentage (68.1), tenth in touchdowns (26), and threw only nine interceptions all season after throwing eight in his injury-shortened 2017 campaign.