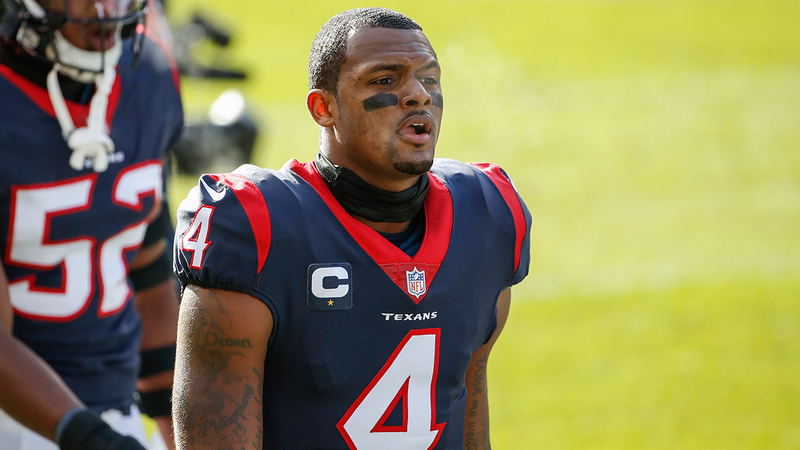 HOUSTON, Texas (KTRK) -- Two judges granted Texans quarterback Deshaun Watson's attorney's request for the 13 alleged victims suing Watson to identify themselves by next week, with the potential identity release of a 14th one.

During a press conference Friday afternoon, attorney Rusty Hardin said he spoke with attorney Tony Buzbee, who is representing the alleged victims, and Buzbee agreed to amend another case, bringing it to a total of 14 possible names.

In the next week, at least 14 of the Texans QB's accusers must identify themselves after hearings Friday.

This was the first time Watson's legal team spoke on camera to address the allegations and hearings.

Hardin countered that Watson and his family have also received backlash from the allegations.

"We do not believe the allegations, and so we'll be challenging them," Hardin said, "We will not be encouraging people to attack these women."

Hardin also claimed Watson scheduled massages multiple times a week and has been for years. In the time period of the allegations, Hardin believes it could have added up to roughly 120 to 150 massages a year. Hardin said he thinks the allegations are from appointments scheduled during the pandemic in 2020, shortly after the lockdowns were enforced. He said Watson primarily used Instagram to reach out to massage therapists and schedule his own appointments.

"At some of these massages, there's going to be no question, we're not going to run from it. From our first announcement, it has always been about consent that on some occasions some active, sexual activity would have taken place. I'm not going into what it is or the nature or the numbers or with whom, but I think you can rightfully assume that. The question always, that we have always been emphasizing, never at any time, under any circumstances, just as attorney Letitia Quinones said, did this young man ever engage in anything that was not mutually desired by the other party."

Along with Hardin, four female attorneys on Watson's legal team were present on Friday and spoke on his behalf about the challenges he has overcome as a child into adulthood and now as a high-profile athlete.

"I hope that Deshaun Watson's case is not the case where due process goes to die," Quinones said, as she addressed the crowd of journalists. "It disheartens me that some of you, some of us, will just jump on the bandwagon and I don't discount anything that a young woman believes happened to her, because as I stated before I too am a survivor."

Civil Court judges will still have to make a decision regarding the emergency motion for the remaining eight cases. Buzbee said in court he will try to amend the petitions by Wednesday.

Buzbee nor his office has responded to ABC13's request for comment after Friday's hearings.