Seven jury members told CNN's Don Lemon how the trial impacted their lives and explain the light-bulb moment they had prior to reaching the verdict.

Months after convicting the former Minneapolis Police officer who murdered George Floyd, jurors describe the trial as a life-altering experience that still haunts them.

It was their first and only interview since finding Derek Chauvin guilty in April of second-degree unintentional murder, third-degree murder and second-degree manslaughter.

Seven jury members told CNN's Don Lemon their verdict in the most important trial of the Black Lives Matter era was based solely on the evidence, not their views on race.

The gruesome video of Chauvin pressing his knee on Floyd's neck for more than nine minutes as the Black man cried out that he couldn't breathe is seared into their minds, they said. Some have sought counseling and therapy.

"It is definitely in my spirit and it will always be there," Sherri Belton Hardeman said of the video.

'No room for error at all'

The jurors deliberated for more than 10 hours over two days before reaching a verdict. Chauvin, who plans to appeal his conviction, was sentenced in June to more than 22 years in prison.

The panel heard about three weeks of testimony. Prosecutors urged them to "believe your eyes" and rely on the video of Floyd's final moments, including cell phone footage taken by a 17-year-old woman. The defense called seven witnesses -- but not Chauvin, who invoked his Fifth Amendment right not to testify.

"The first thing we did was, one, we took off our (face) masks and then we exchanged names," Nicole Deters said.

"Some of us felt a little bit eager because we had been holding all this in for three and a half weeks," Brandon Mitchell added.

Then came the first of many votes they would take, starting with the manslaughter count. The votes were anonymous, scribbled on pieces of paper.

When all agreed on guilty of manslaughter, some panel members began to play devil's advocate and suggested they discuss the defense arguments. Those arguments were enumerated on a whiteboard.

There were about four votes on the second count before agreement was reached on guilty. They watched the video and went through reams of notes and testimony to answer questions such as: How many times was Floyd's pulse checked? What did the officers say to one another?

Jodi Doud posed another question: "Wait a minute. Does the intended act of harm have to be the death of George Floyd, or can it be him not providing the life support?"

"All of a sudden light bulbs just went on for those people I think that were undecided or on the not guilty side," Deters said.

"This is not what he did but more or less what he didn't do," Doud added, referring to Chauvin. "He did not provide life saving measures for George Floyd when he knew that the guy was in pain or needed medical attention."

Deters was a holdout -- either for not guilty or undecided -- until Doud spoke of intent.

"I was just kind of, like, 'Oh my gosh, you're totally right,'" Deters said. "There is intent ... to not provide lifesaving measures when he knew three times there was no pulse."

'Race wasn't even ever mentioned'

In the jury room, Belton Hardeman said, she recalled testimony about a Minneapolis police motto: "In our custody, in our care," or words to that effect.

"George Floyd was in their custody," she said. "He was never in their care. And that for me ... it just hit hard. I don't feel like they ever cared for him."

The jurors said they probably would have reached the same decision had Chauvin taken the stand in his defense.

Belton Hardeman added, "I'm still trying to understand nine minutes and 29 seconds. Why? And I don't think that Derek Chauvin could explain that to me ever."

Still, the jurors said they would have liked to hear the ex-cop explain his actions.

"For us, I mean, it's a traumatic experience, " Mitchell said. "It kind of would have added some closure for us just to hear what were you thinking. Like, how did it get to this?"

Though Floyd's death at the hands of the White former officer led to widespread protests against law enforcement brutality and racism under the banner Black Lives Matter, the diverse panel said race did not enter their deliberations.

"We got here because of systemic racism within the system, right, because of what's been going on. That's how we got to a courtroom in the first place," Deters said. "But when it came down to all three verdicts, it was based on the evidence and the facts one hundred percent."

Belton Hardeman added, "Race wasn't even ever mentioned in the three and a half weeks that we were in that courtroom, and it was never mentioned during deliberations, I don't believe."

Bystander videos, surveillance video from across the street and video from outside the store where Floyd was arrested on May 25, 2020, were crucial. They captured the more than nine minutes that Chauvin knelt on Floyd's neck.

"The camera doesn't lie," said Belton Hardeman. "And it was in slow motion at times while you were sitting there in court... So it was hard. It played a huge role though. It truly did."

The footage that first went viral right after Floyd's death was shot by a young woman named Darnella Frazier, who came upon the scene while going to the Cup Foods store with her cousin. The police encounter started with Floyd buying a pack of cigarettes with a $20 a store cashier believed was fake.

"Without those bystander videos, something would've happened but it wouldn't have been at this level, I don't believe," said Deters, referring to Chauvin's eventual conviction.

Lisa Christensen added, "Without Miss Frazier's video, I don't think we'd be sitting here today, to be honest with you."

'Don't want to see that video ever again'

Watching the video over and over took an emotional toll.

"Sometimes I went home and just went in my room, shut the door and just went to bed for the rest of the day. It was exhausting," Christensen said.

"To see somebody go through what Mr. Floyd went through when it could have been prevented. I just still can't wrap my mind around how a $20 counterfeit bill ended up in George Floyd's death."

Doud wanted to shut her eyes the first time she watched the video in its entirety.

"It bothered me so much," she said. "How could somebody do that to someone else? And it was a slow death. It wasn't just a gunshot and they're dead."

"It still, to this day, is having effects on me," she said.

Deters also saw the full video for the first time in court.

Mitchell wanted to close his eyes.

"I had to force myself to continue looking at it. You want to turn away. You want to look at a wall. You want look anywhere else really," he said.

"But even when you look away you still hear it -- him crying and moaning. And it's just like an ongoing nightmare. It's just like you keep on seeing the video. I'm just tired of seeing it. I just don't want to see that video ever again."

Belton Hardeman recalled the moment in the video when prosecutors said Floyd was dead.

"I had a big gasp," she said. "I've never experienced anything like that before. I don't think any of us have. It was very, very traumatic. And it just hurt -- just hurt my whole soul, my whole body. And I felt pain for his family."

About a week after the trial, Christensen said, she visited the street outside the Cup Foods store where Floyd took his last breaths.

"I did pay my respects. For me that was a closure, or at least I thought it was going to be a closure," she said. "We saw everything in court and on videos, but actually being there and seeing it felt ... real to me. It helped me kind of close the door a bit. But it'll be with me forever." 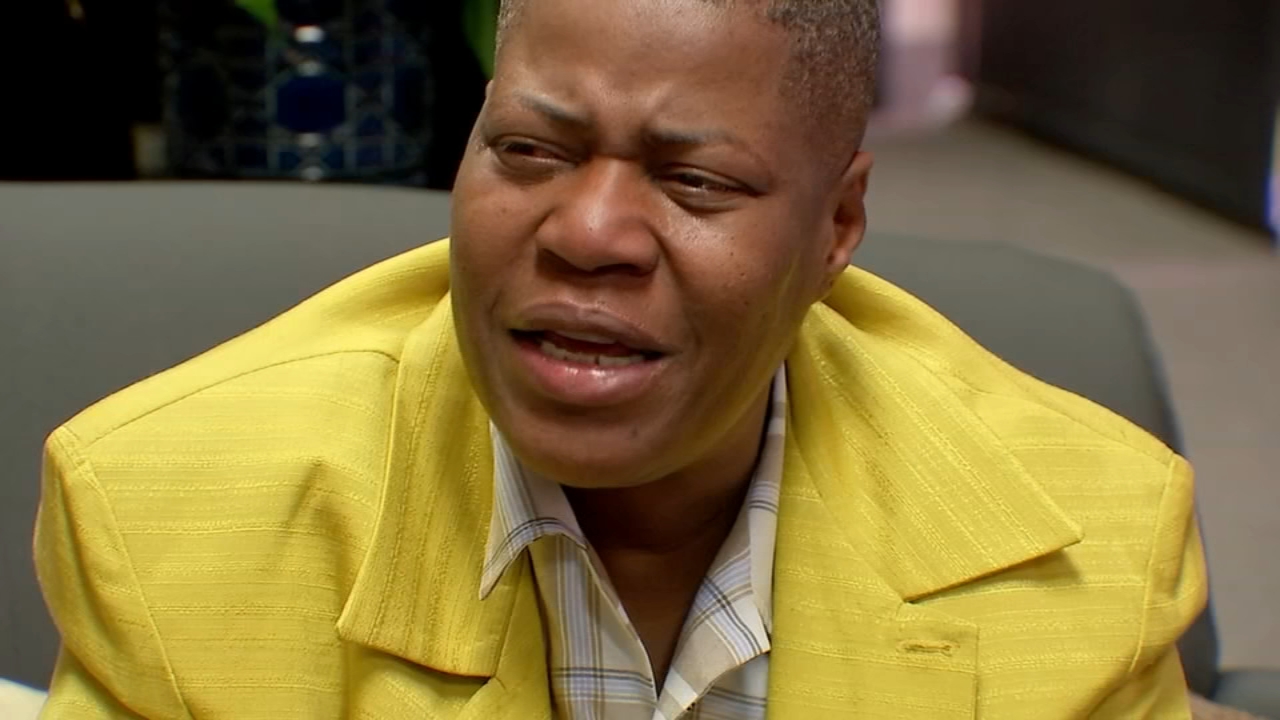 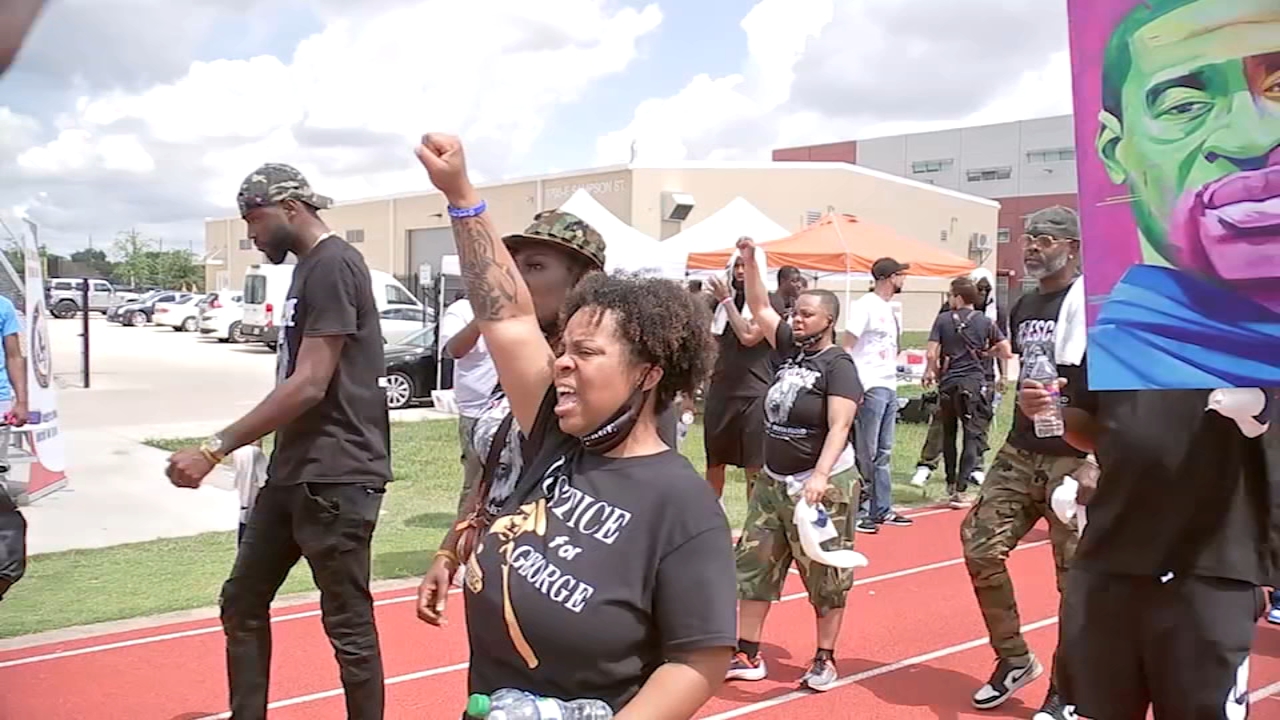 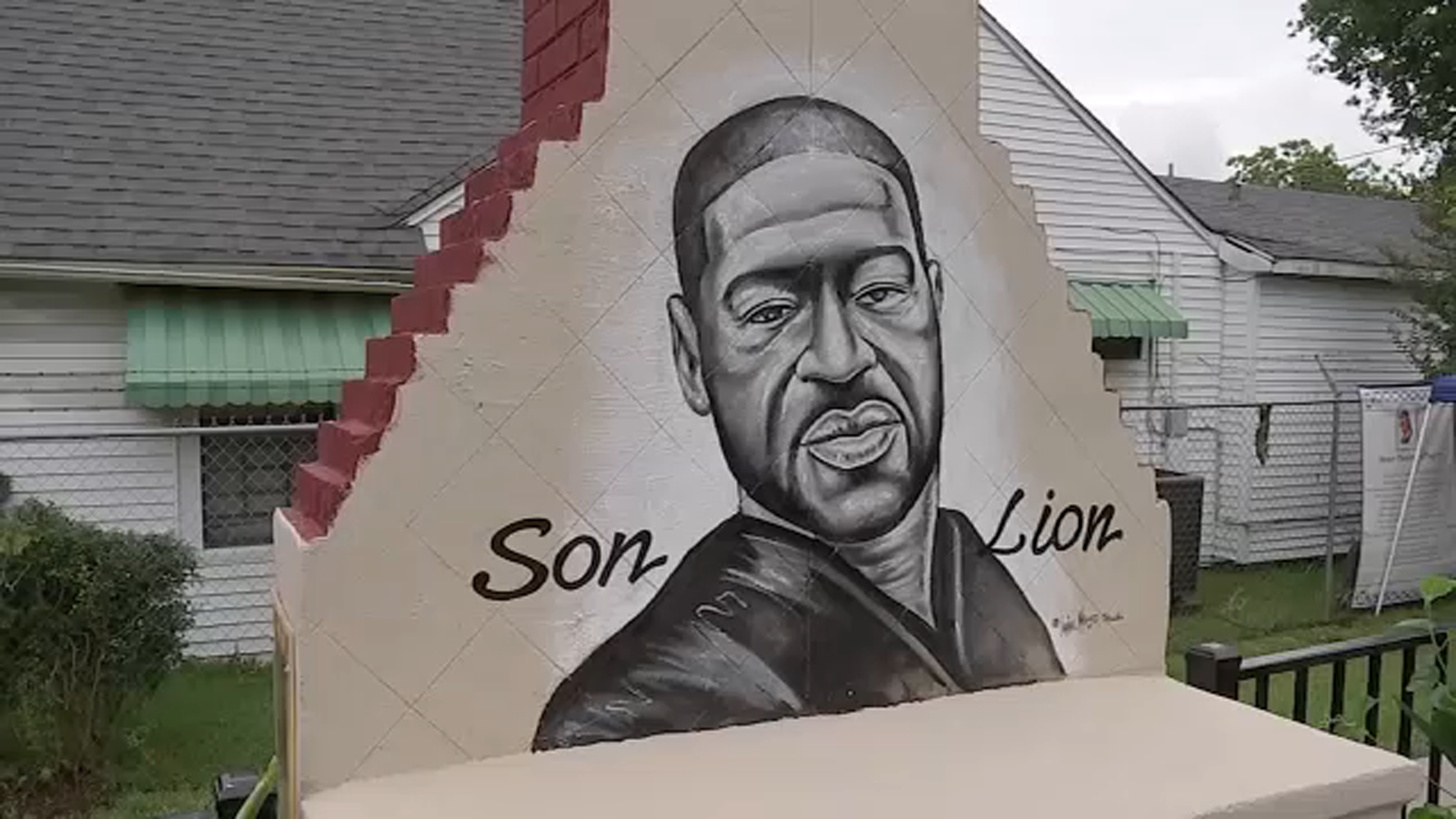