Denver Broncos will not forfeit game despite having no eligible QBs 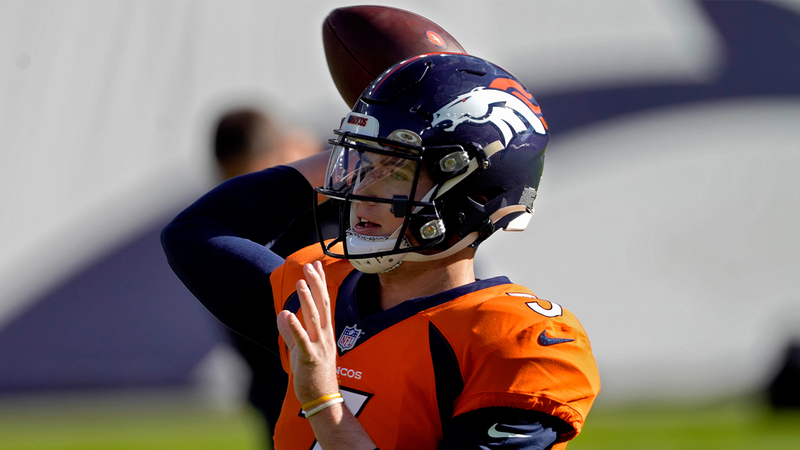 No Denver Broncos QBs eligible for game because of COVID-19

ENGLEWOOD, Colorado -- In the on-field scenario many in the league feared the most with the COVID-19 pandemic, the Denver Broncos plan to play the New Orleans Saints on Sunday with no available quarterbacks for the game.

The Broncos' three eligible quarterbacks -- Drew Lock, Brett Rypien and Blake Bortles -- were each deemed to be high-risk COVID-19 close contacts and none of the three can be in uniform for Sunday's game, the team announced on Saturday night.

Denver's statement didn't say who the players came in contact with but sources told ESPN it was quarterback Jeff Driskel. Driskel tested positive for COVID-19 on Thursday and was moved to the team's reserve/COVID-19 list later that day.

The Broncos will not be forfeiting Sunday's game, a source told ESPN's Adam Schefter.

Lock, Rypien and Bortles, who is on the practice squad, were pulled off the field early in Saturday's practice and told to isolate at home after contact-tracing concerns had arisen, sources told ESPN. The three were discovered to have not worn masks at one point during contact with Driskel, team sources told ESPN, but it was unclear if that occurred during practice or a meeting.

"All three have consistently tested negative for COVID-19 via both daily PCR testing and additional POC testing administered as a precaution," the Broncos said.

Lock, Rypien, Bortles and Driskel are usually closest to each other when the players stretch to open practice each day -- they are all next to each other in the front row at that time -- and the Broncos have conducted some socially distant position-group meetings at their facility.

The Broncos also have wide receiver Kendall Hinton on their practice squad. He was a quarterback during his first three seasons at Wake Forest.

While Broncos tight end Noah Fant seemed apprehensive in a Twitter post about the team's situation, wide receiver Jerry Jeudy and linebacker Von Miller took to social media to try to make light of it.

The Saints were 6-point favorites before the Broncos' quarterback situation was disclosed Saturday night, causing most sportsbooks to halt betting on the game. Las Vegas sportsbook Circa Sports reopened the line at New Orleans -13. The point spread quickly grew to Saints -14. Caesars Sportsbook by William Hill reposted the line with the Saints favored at -14.5.

It all came on fast for the Broncos, who had been given clearance by the NFL to practice Saturday. They opened the workout, which began about 1 p.m. Mountain time, with the plan of having all three of their quarterbacks participate.

On Saturday, Fangio said the quarterbacks are more than six feet apart from each other during meetings and that "all our meetings are set up to where everybody's spread out."

Fangio said the NFL had cleared the Broncos to practice both Thursday and Friday after positive tests by Driskel and wide receiver Diontae Spencer. Fangio, however, elected to cancel Friday's practice and all other on-site activities.