Denmark, the world's largest producer of mink furs, plans to cull all mink in the country to contain a mutated form of novel coronavirus.
CNNWire 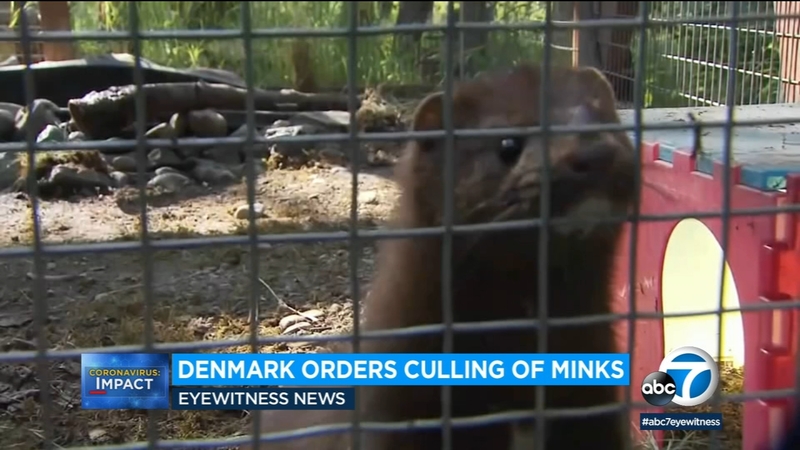 Denmark, the world's largest producer of mink furs, plans to cull all mink in the country to contain a mutated form of novel coronavirus.

Prime Minister Mette Frederiksen said Wednesday the decision had been made with a "heavy heart," but it was necessary based on the recommendation of health authorities.

"The virus has mutated in mink. The mutated virus has spread to humans," Frederiksen said.

Statens Serum Institut, the Danish authority based in Copenhagen which deals with infectious diseases, had found five cases of the virus in mink farms and 12 examples in humans that showed reduced sensitivity to antibodies, she said.

Allowing the virus to spread could potentially limit the effectiveness of future vaccines.

"We have a great responsibility towards our own population, but with the mutation that has now been found, we have an even greater responsibility for the rest of the world as well," Frederiksen said.

There are between 15 million and 17 million mink in Denmark, according to authorities. Outbreaks of coronavirus at the country's mink farms have persisted despite repeated efforts to cull infected animals since June.

One million mink within a five mile (8.4 kilometers) radius of suspected or confirmed farm infection were destroyed in October. Denmark's police, army and home guard will be deployed to speed up the culling process, Frederiksen said. Mink have also been culled in the Netherlands and Spain after infections were discovered there.

The Prime Minister said new restrictions will be introduced in certain areas of Denmark to contain the spread of the mutated virus, including Hjorring, Frederikshavn, Bronderslev, Jammerbugt, Vesthimmerland, Thisted and Laeso municipalities.