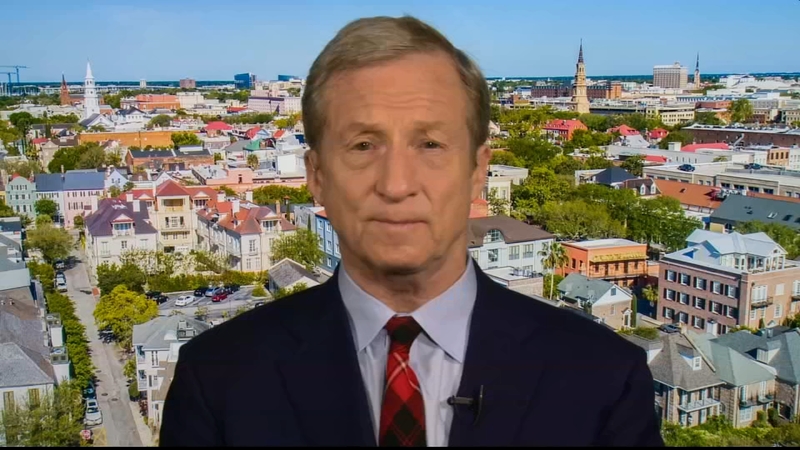 HOUSTON, Texas (KTRK) -- Democratic presidential candidate Tom Steyer told ABC13 he is the right choice for the Democratic nomination because he can bring the party together to defeat incumbent Republican, President Donald Trump.

"The Democratic Party is taking a big risk if it does what the media suggests it's going to do, which is to nominate a Democratic socialist in Bernie Sanders, who believes that government should take over big parts of the economy. Something that I disagree with," Steyer said in a satellite interview on Wednesday. "I know we need a vibrant private sector. Unchecked capitalism has failed, but the answer isn't for the government to take over big parts of the economy. It's to break the corporate stranglehold on the government. Or a former Republican mayor like Mike Bloomberg, who has a lot of policies that don't actually accord with the values of the Democratic Party. "

Steyer has positioned himself as a moderate who can reach across the aisle and whose business acumen would be an asset in the White House. The 62-year-old is a former hedge fund manager who has involved himself in Democrat causes and charitable endeavors.

Steyer has yet to earn a delegate in the first three primary and caucus states, but he is polling well in South Carolina and has offices throughout Texas, including one in Houston. He believes he'll do well in the upcoming contests.

"I'm trying to show that I can attract the big tent that is the Democratic Party," he said. "That I can attract black people, Latinos, Asian Americans, Native Americans and white people. That we need somebody who can pull together everybody in the party, and can actually bridge the divide as a progressive."