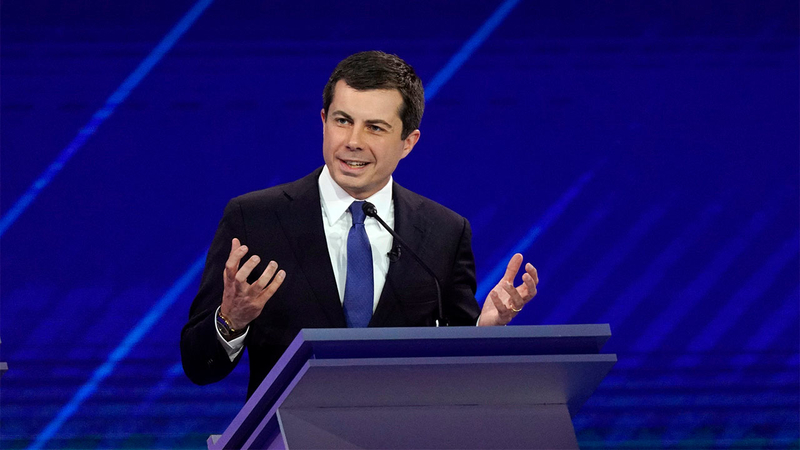 HOUSTON -- The only combat veteran on the Democratic presidential debate stage in Houston reminded the audience that many new military inductees were newborns when the U.S. was attacked 18 years ago.

South Bend, Indiana, Mayor Pete Buttigieg's comments on Thursday came the day after the anniversary of the Sept. 11 attacks.

The debate was an opportunity for him to bring up his proposal to seek an authorization for the use of military force with a built-in three-year sunset that Congress would be required to renew.

"We have got to put an end to endless war," Buttigieg said.

He later added: "We also have a president right now who seems to treat troops as props, or worse, tools for his own enrichment...As a military officer, the very first thing that goes through your mind the first time you ever make eye contact with somebody that you are responsible for in uniform is, 'Do not let these men and women down.' This president is doing exactly that. I will not."

That remark about Trump using troops as "tools for his own enrichment" is an allusion to the Trump administration's rerouting of U.S. military personnel to overnight stays at his Trump Turnberry golf resort in Scotland.