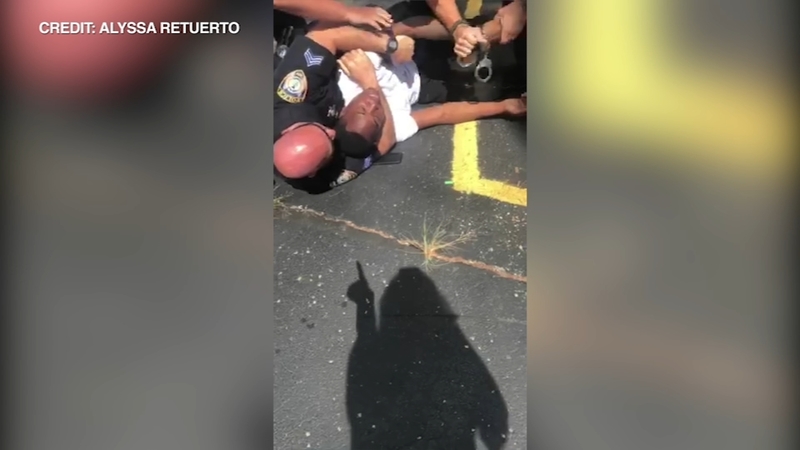 DEKALB, Illinois -- An investigation has been launched after video was posted to social media showing DeKalb police appearing to choke a man, hold him on the ground and use a Taser on him during his arrest for marijuana possession.

"This is what some police officers do and you have to put a stand on it," he said.

McDowell is still shaken up, and the marks made when DeKalb police tased him are still healing. His girlfriend recorded the now-viral video showing him on the ground as police arrested him.

"He has a pulse right?" she cries in the video. "Can you guys make sure he has a pulse, 'cause look at his face."

"If your fellow officer or fellow mate is doing something incorrect you need to be like, Hey! You guys just tased him or you're choking him. Stop that," McDowell said.

Acting on a tip McDowell had marijuana, officers pulled him over.

In a statement, the DeKalb Police Department said a "felony amount of cannabis was found," and "McDowell attempted to flee...Officers attempted to restrain McDowell, who continued to resist."

The statement continued, "The DeKalb Police Department is reviewing all available video footage and statements regarding the use of force in this incident."

"It's not OK," McDowell said. "It needs to get out there. It happened one too many times. This happens every day."