US risks defaulting its debts, which could set off 'cataclysmic' situation for economy, analysts say

A mild recession, analysts say, would likely be the best-case scenario in the event of the US government defaulting on its debts.
CNNWire
By Matt Egan and Phil Mattingly, CNN 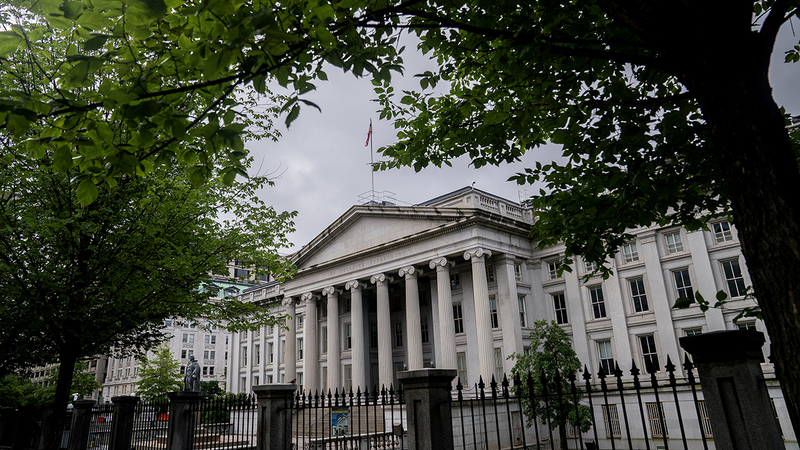 WASHINGTON -- The fight over raising the nation's borrowing limit underscores a reality for Democrats as they are in the midst of their highest-stakes moment for President Joe Biden's sweeping legislative agenda: thrusting a potential default into the mix may have devastating consequences.

A mild recession, according to analysts, would likely be the best-case scenario in the event of the US government defaulting on its debts, a limit the country is expected to reach next month and for which Congress must act to increase. The worst case scenario would involve downstream effects of potentially cascading job losses, a shut down in tens of billions in Covid-19 economic recovery aid still set to be delivered, a near-freeze in credit markets and gross domestic product taking a tangible hit that could last for multiple quarters.

"No one would be spared," Maya MacGuineas, president of the Committee for a Responsible Federal Budget, told CNN. "It would be such a self-imposed disaster that we wouldn't recover from, all at a time when our role in the world is already being questioned."

If the Treasury defaults and the impasse drags on, the federal government would have to enact "devastating" spending cuts that would cause a "cataclysmic" situation for the economy, Moody's Analytics warned this week.

Moody's estimates nearly 6 million jobs would be lost, the unemployment rate would spike back to nearly 9% and stock prices would plummet by one-third, wiping out about $15 trillion in household wealth.

Failure to raise the debt ceiling in time could halt payments that millions of Americans rely on, including paychecks to federal workers, Medicare benefits, military salaries, tax refunds, Social Security checks and payments to federal contractors.

Republicans have steadfastly opposed supplying votes to raise the debt ceiling, despite pleas from officials and watchdogs about the disastrous consequences for defaulting or delaying such action.

Former Treasury Secretaries Steven Mnuchin and Hank Paulson spoke to Senate Minority Leader Mitch McConnell about the debt ceiling in the last few weeks amid growing concern in financial markets about the potential for US default, according to three people familiar with the discussions, which were first reported by The Washington Post. The message both received, and then conveyed to Biden administration contacts, was that McConnell was not planning to move from his position that Democrats must raise the debt limit on their own, the people said.

"Basically, he's not bluffing," was how one of the people described the impressions that were left with the former top finance officials for the last two Republican administrations.

A memo circulated by the White House last week for state and local officials listed several key programs that would be halted if Congress fails to increase the debt limit, including disaster relief efforts, Medicaid and the Children's Health Insurance Program, infrastructure funding, education, public health and child nutrition.

"If the US defaults and can no longer pay its obligations, billions of dollars in state aid and state-run but federal funded programs could be halted," the White House warned.

The ensuing market meltdown would crash the retirement savings of countless families and jack up the cost of borrowing for mortgages, car loans and businesses of all sizes.

All of this would threaten to short-circuit the incomplete economic comeback from Covid, igniting a new recession that would require yet more federal borrowing to recover from.

Faith in the US debt -- the linchpin of the global financial system -- would be tarnished, perhaps irreversibly.

In short, it would be an epic disaster for everyday Americans -- and one caused by extreme political dysfunction.

"Failing to increase the debt limit would have catastrophic economic consequences," the Treasury Department warns on its website, adding that Congress has acted 78 times in the past to raise, extend or revise the definition of the debt limit. Treasury notes that 49 of those times a Republican was in the White House.

The clock is ticking. The Treasury estimates it will run out of cash and accounting gimmicks at some point next month unless Congress raises the debt ceiling.

Once the federal borrowing limit is hit, Washington would be unable to issue new debt. That's untenable because America doesn't bring in enough revenue to pay for its spending. It needs to borrow to keep the lights on.

The leaders of a key Treasury advisory panel expressed deep concern Tuesday about the market consequences. If there is a protracted fight over the debt limit, "the Treasury market would likely experience significant disruptions that could spark broader market stress," the leaders of the Treasury Borrowing Advisory Committee wrote in a letter to Treasury Secretary Janet Yellen.

That stress means it could be hard to buy or sell Treasuries, a crucial corner of finance known as the repo market could come under stress, investors could pull back from money market funds and trading firms could retreat from market-making activity.

"As we saw in March 2020, stress in the Treasury market can unfold in a cascading, self-reinforcing manner and reverberate throughout financial markets, tightening financial conditions and likely damaging a still-fragile economic recovery," the letter's authors wrote.

That's why many on Wall Street and in Washington expect Congress will do the right thing, eventually. That's what has happened in the past and it's reasonable to assume it will happen again. If Congress raises the debt ceiling before the government runs out of cash, the impact to markets and the economy should be minimal.

On Tuesday, the House passed legislation to suspend the debt limit until December 2022, but that specific measure is not expected to pass the Senate.

Goldman Sachs recently warned clients this is the "riskiest debt limit deadline in a decade," since the 2011 showdown that rocked financial markets and caused the unprecedented downgrade of US debt.

If Congress fails to lift the debt limit in time, many believe the federal government would try to keep paying bondholders -- but for the first time in history would stop payments on other commitments like to contractors or other recipients.

This scenario is known as a "technical default," where the government keeps paying bondholders but halts payments to others for a period of time. Yet there is some debate over whether the Treasury Department has the legal authority to prioritize payments.

Nonetheless, Eurasia Group estimates there is an "unusually high" 20% chance of a technical default, which the consulting group warns would be a "market nightmare."

"Dismissing these risks is a mistake," the consulting firm wrote in a report.

Goldman Sachs strategists said it "seems likely" Treasury would continue to redeem maturing Treasury securities and make coupon payments. However, the Wall Street bank said the government would need to halt more than 40% of expected payments, "including some payments to households."

It's not clear if a technical default, rather than a full-blown default, would ease the economic and financial pain.

David Kelly, chief global strategist at JPMorgan Asset Management, said a technical default would be "almost as disastrous for the economy," but in the long run could limit the damage to America's credit rating.

"However, a terrible goal either way," Kelly said.

Mark Zandi, chief economist at Moody's Analytics, sees no distinction between a default and a technical default.

"If the Treasury misses a payment, regardless for what, whether that be a Treasury bond or the electric utility bill, that would be a default, and global investors would run for the door," Zandi said in an email.

Likewise, the credit ratings firms that assess America's creditworthiness, may not see a difference.

Charles Seville, the lead analyst on the United States for Fitch Ratings, told CNN in an email he continues to expect the debt limit will be raised before it's too late. Yet he also said, "Running arrears on other government obligations in order to pay bondholders is not something we would expect to see in a AAA-rated sovereign."

In other words, Fitch (and other ratings firms) could downgrade America even if it kept paying bondholders.

That would raise the cost of borrowing for the federal government, forcing Washington to devote more and more resources to paying interest on the existing mountain of debt.

Tax hikes and spending cuts would likely be required to make up the difference -- and there would be much less room to invest in major needs like education, science, child care and the climate crisis.

The closer Congress gets to the deadline, the greater the risk of a miscalculation that results in a default that neither side wants. In this game of chicken, the livelihoods of millions are on the line.