Woman killed after man shot at her with AK-47, police say 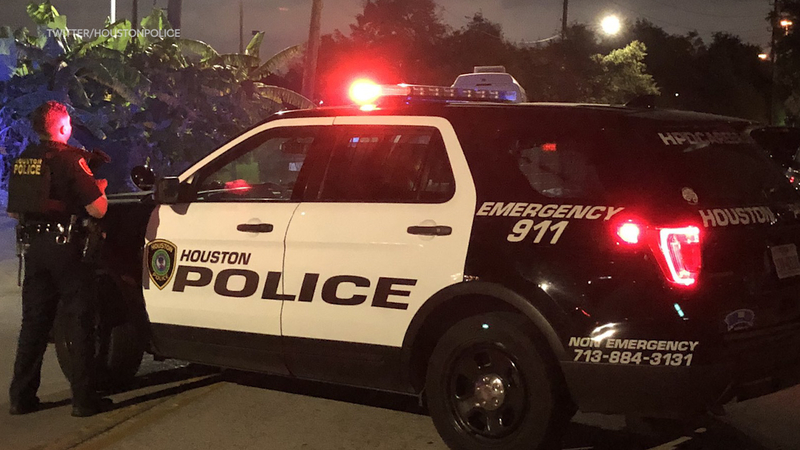 HOUSTON, Texas (KTRK) -- A woman was shot to death in north Houston on the heels on what was a violent day across the city.

It happened around 7 p.m. on Monday at a Motel 6 near Kuykendahl and W. Rankin Road.

Police said when officers arrived, they found the woman shot to death inside a car that was crashed in a nearby wooded area.

Officers reviewed surveillance video from the motel and discovered a man who had been with the woman shooting at her from a balcony, according to police.

"The male stood on the balcony of his room and began firing into the car with a, what we later found out to be, an AK-47," said an investigator at the scene.

UPDATE: The suspect was just taken into custody without incident by our SWAT officers. #hounews https://t.co/D4RJMElByI

Police later said the Bellaire Police Department offered assistance by sharing their drone, which helped capture the man in less than three hours. Another woman was also detained.

It's unclear what led up to the shooting. The incident remains under investigation.

In a span of 24 hours, police reported a total of seven homicides across the city, including a shooting that claimed the life of an HPD sergeant.