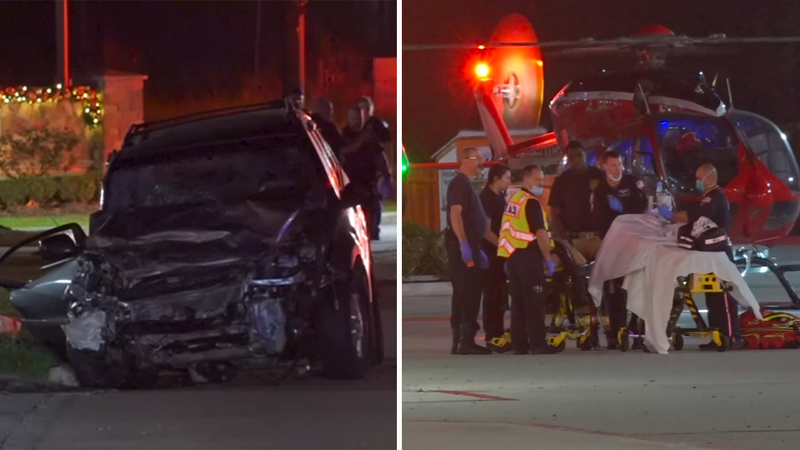 Deputies said a silver Toyota Rav4 was driving north on Barker Cypress, approaching the intersection, while the Sienna was making a left turn from the southbound lanes of Barker Cypress onto Barkers Branch.

Sad situation at the beginning of the new year. A devastating crash, two deceased at the scene. #HouNews https://t.co/Xt7eeP6jqN

That's when investigators said the Sienna failed to yield while turning left and was hit by the Rav4.

Three of the six total people inside the Sienna were ejected during the crash, deputies said. Two of them were pronounced dead at the scene. Deputies said they were not wearing seatbelts.

The driver of the Sienna and another passenger were sent by ambulance to a different hospital, where deputies said the passenger died. The driver sustained serious, but non-life threatening injuries, according to deputies.

"One of those individuals that was transported was pronounced deceased, also at the hospital," Sgt. Beatty said. "The driver and sole occupant of the Toyota Rav4 was transported to Memorial Hermann Katy, where she exhibited clues of being intoxicated."