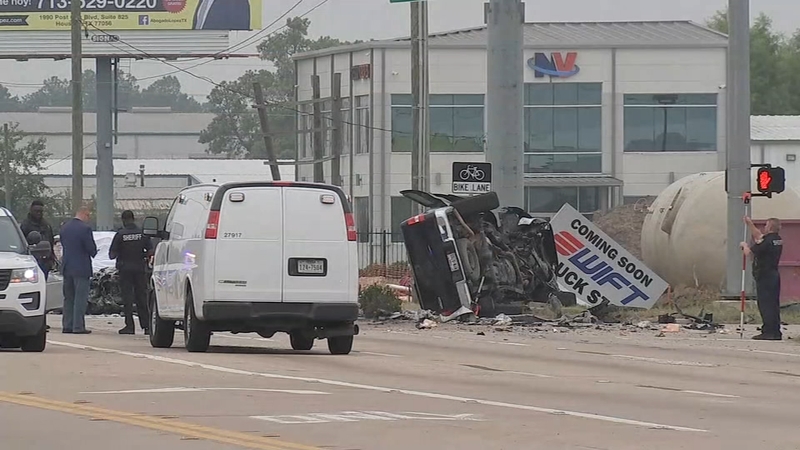 It happened around 8 a.m. in the 12230 block of FM 529 at the Fairview intersection, according to the Harris County Sheriff's Office.

Investigators said a Honda was traveling on FM 529 when a pick-up truck turned in front of it. Three people in the Honda were killed.

Meanwhile, the driver of the pick-up truck was ejected and is in critical condition.

Investigators said the driver of the Honda is also alive, but his or her condition has not yet been released.

They believe the truck was turning into a gas station.