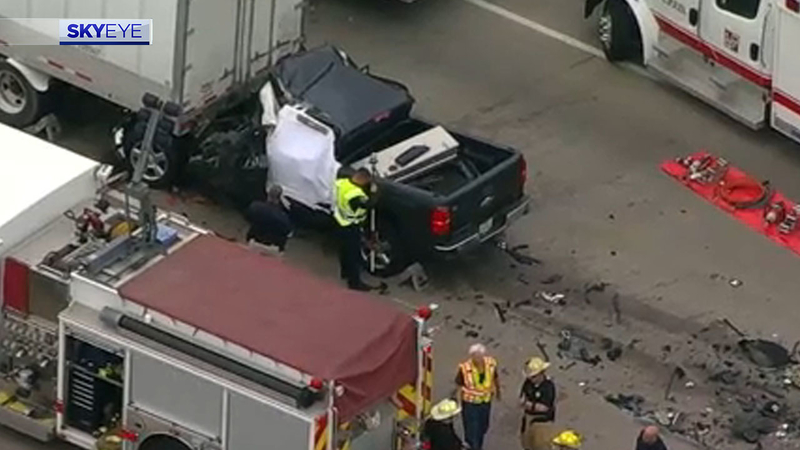 ABC13 is giving you alternate routes around a bad crash during the afternoon commute on Highway 146.

HOUSTON, Texas (KTRK) -- A 55-year-old man was killed in a horrific rush-hour crash on the Fred Hartman Bridge.

The deadly collision occurred shortly before 4 p.m. Tuesday on the northbound lanes of Highway 146.

The accident involved a black pickup that appeared to be nearly destroyed beneath the rear of an 18-wheeler.

Initially, all lanes of the roadway were blocked for the official investigation. Drivers were being advised to divert to Highway 225.

By about 9 p.m., officials reopened all lanes and the scene was cleared.

The accident remains under investigation and the man's identity has not yet been released.