Man lived with bodies of grandmother and great-grandmother: Deputies 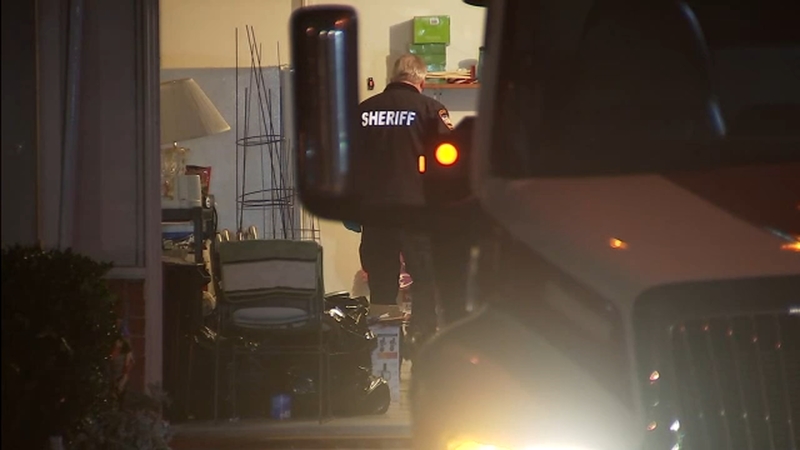 Man strangled 2 relatives and lived with their bodies: Deputies

SPRING, Texas (KTRK) -- A 22-year-old man strangled his grandmother and great-grandmother and then lived with their bodies for weeks, according to the Montgomery County Sheriff's Office.

Lt. Scott Spencer said Jaryd Ramos admitted to killing the two women, who took him in back in July, because he was "tired of them." Ramos will be charged with capital murder, said Spencer.

The investigation is linked to the weekend discovery of a woman's body behind an old church on Westridge in Montgomery County.

Deputies hope these details about the body can help them identify the victim.

By Tuesday, MCSO investigators had identified that body, which was placed in a plastic bin, and were following up at a home in the 24000 block of Kingbriar Drive in Spring. There, they said, Ramos admitted to killing the two women, identified as Regina Gromley, 90, and Barbara Gromley, 59.

Deputies found Regina Gromley's body in a garbage can in the backyard.

According to investigators, Ramos admitted to killing the women on Nov. 5. On Nov. 25, family members filed a missing persons report with the Harris County Sheriff's Office because they had grown concerned they had not heard from either woman. Ramos told investigators the next day, on Nov. 26, he moved his grandmother's body in the bin to the abandoned church.

Spencer said Ramos researched how to mitigate the smell from decomposing bodies in the weeks after their deaths, and told family members the victims had never returned from a medical appointment.

Neighbors told ABC13 they rarely saw Ramos outside. Tuesday night, he was taken to the Montgomery County jail, and authorities towed away a truck they believe Ramos used to move his grandmother's body.