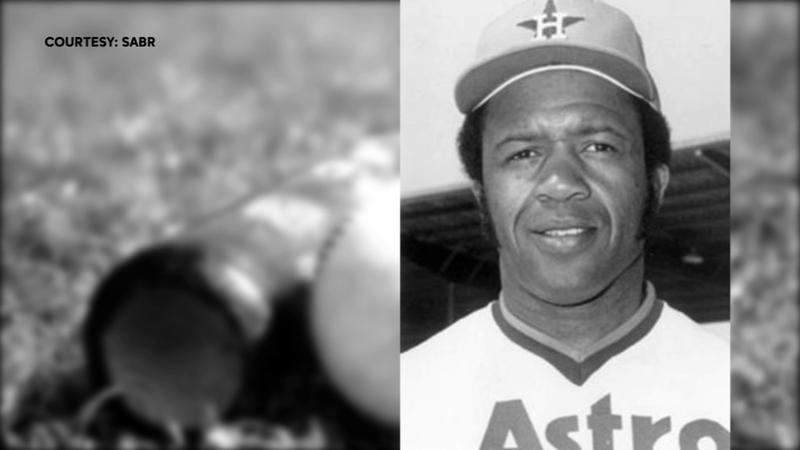 How a Jackie Robinson hug changed this former coach's life

SUGAR LAND, Texas (KTRK) -- He may be 86-years-old, but Deacon Jones tells his story of running into baseball legend, Jackie Robinson like it happened yesterday. With aspirations of making it to the big leagues, Jones had an opportunity to try out for the majors in his late teens. The 3-day session concluded with Robinson sitting next to Jones and striking up a conversation, telling him to make sure he went to college before going pro. Jones agreed and would eventually go and played college ball.

After graduating, Jones leveled up to play in the minors. It was during this time that Jones would run into Robinson again at an airport. Jones said "sure enough, I was pushing through the crowd and saw these broad shoulders and the greying hair, and I pushed myself around. And finally we got face to face. I said Mr. Robinson, you don't remember me, but about 3, 4 years ago I worked out with the Dodgers and he interrupted me. He looked at me and said, did you go to college? I said yes sir. And he hugged me in front of all those people." Jones says it was an incredible moment, to be hugged by Jackie Robinson in front of his teammates. He doesn't have any pictures from the encounter, but he remembers it vividly.

Jones eventually made the majors and played for the Chicago White Sox for a few seasons. These days, you can find him hanging around Constellation Field, greeting fans as they come to watch a game. The Skeeters retired his number 4 which can be seen hanging in the stands behind home plate. Jones says he's proud to call Sugar Land his home and is looking forward to this year's season as it will be the first one connected with the Houston Astros.
Report a correction or typo
Related topics:
sportssugar landbaseballhouston astrosblack historyabc13 plusafrican americansdiversityrace in americaabc13 plus sugar land
Copyright © 2022 KTRK-TV. All Rights Reserved.
ABC13 PLUS SUGAR LAND
Students explore alternative careers at Fort Bend ISD's new center
Sugar Land's future is sweeter than ever!
4th grader on mission to change world with lemonade stand
Meet Chef Rey, the chef to the stars!
TOP STORIES
Baby found inside apartment after deadly double shooting in N. Houston
HISD to stay closed through Tuesday due to rise in COVID cases
Man with AR-15 tackled by security while trying to rob game room
Man found dead in car after ShotSpotter reported gunshot in SE Houston
Customers of Cracker Barrel manager killed honor her: 'She stood out'
The big warm-up starts on MLK Day
17 Houston animal charities to support on Betty White Challenge Day
Show More
'Sick to my stomach': Dollar Tree fanatics protest new $1.25 prices
Betty White Challenge has fans donating to animal charities
HS student assaulted, robbed by middle school boys on his way home
Store manager killed while trying to stop men from stealing, HPD says
These are the best moments from the 2022 Chevron Houston Marathon
More TOP STORIES News