HOUSTON (KTRK) -- He's been an icon here in Houston for decades, longer than any other anchor in the nation. We're talking about our own Dave Ward, who tonight anchors his last 10pm newscast.

Dave's been on the air since the 1960's, but there was one other man who rivaled that tenure and popularity, who Dave helped recruit to ABC-13.

The first time Dave Ward saw Marvin Zindler, it was at a crime scene swarming with uniformed law officers.

"And here's this one guy in a white on white suit, a starched white shirt with a white tie, a silver wig on his head and makeup on his face," Dave recalled the day. "And it was hot as blue blazes and he was sweating, and that makeup was running down his collar. And I asked one of the photographers from the Post or the Chronicle who's that clown there and they said, 'Oh, that's Marvin Zindler, the deputy sheriff who arrested this guy.' And I thought if that clown is a deputy sheriff, I have moved to a very colorful county."

But when Marvin was later fired by the newly-elected sheriff, Dave suggested he come work at Channel 13 as the city's first consumer reporter.

"He was such a flamboyant character, and his heart was really pure," Dave said. "I mean, he could come on the air and scream, 'It's hell to be poor!' And you'd swear he knew what he was talking about. He came from a very wealthy family, but his heart was for the little guy."

Dave says it was sometimes hard to keep a straight face, like the day Marvin did a story on the noisy peacocks at a local restaurant.

"When he signed off, he just squawked, Marvin Zindler, Eyewitness News! And I couldn't help it. I said, 'Thank you, Marvin, you make us so proud.' I don't know, there might be a little smirk on my face at times," Dave recalled. "After he finished screaming his name like that and fracturing a clich, you couldn't help but have a little smile on your face. ... Oh, Marvin, I really miss him."

Marvin died seven years ago, leaving behind a legacy that will never be matched.

The Man Behind the Anchorman

If you've like millions of Houstonians who've watched Dave Ward for decades here on Channel 13, you may think you know a lot about him. But Dave has some sides to him that will surprise you.

There's Dave Ward, the newsman, with his commanding voice and no-nonsense demeanor. But you might not know Dave Ward, the Grand Poobah of the Hoodah Parade.

"They dressed me up as Carmen Miranda in full make-up with a fruit salad on my head," he recalled. "I didn't think anyone would recognize me in that get-up, but we walked out of the hotel and I hadn't walked 10 steps and a Chronicle photographer a block away came running towards me, 'Oh, Dave, Dave Ward.' I thought, golly, I'm dead meat here."

Or the guy you can hear as he heads to the studio.

"I whistle a lot. Sometimes I'll be whistling a tune and not even know it. But growing up in the First Baptist Church in Huntsville, I know every song in the Broadman Hymnal by now. And yeah, I'll start humming an old hymn walking down the hallway."

There are other surprises too, like what he wears underneath the news set.

"I wear boots, all my life really."

And you might really be stunned to know that he almost grew up to do something very different from bringing you the day's headlines.

"My hobby, I guess, is riding passenger trains," Dave said. "I love long-distance passenger trains. I've always been in love with the railroads and I really don't know why. When I was a child, all I really wanted to do was to grow up and be an engineer on a big old steam locomotive. I fell in love with a dinosaur."

So he takes a train trip every chance he gets and he's ridden them all over the world.

"And to tell you the truth, I don't care where I have to go to catch the train," he said. "I don't really care where the train is going, as long as I can be on it. You meet so many nice people on the dining car, it's quiet, it's very smooth. I really love it."

Dave Ward and His Viewers

When it comes to our colleague Dave Ward, what you see is what you get. He's a Texas boy and Baptist preacher's kid who loves his family, his city, and his job. But he's also had a long-time relationship with his viewers that's as strong and as genuine as it gets.

He's been on the air at Channel 13 for 48 years. And for Dave, every viewer is family. In this day of email and Facebook, he's learned the new technology, but he hasn't left the old ways behind.

"I still do most of my communicating on the phone," he said. "And I prefer a phone with a cord attached to it, too, but I'm an old guy."

And yes, he answers his own phone. Dave loves to talk about viewers he's met, like a woman who stopped him and Tom Koch.

He was even more moved when a woman told him about her son returning home from war, and seeing Dave on the air. Then, it happened again.

"Not 10 minutes later, a man came up and said, 'Dave, I'm in the Marine Corps and I just got back from Iraq or Afghanistan or someplace. I can't tell you the feeling when I got home and turned on the TV and said there's Dave Ward. I knew I was back home.' ... Made me feel wonderful. They're back home and they see me and they know they're back home. Because this is my home, too, and it just made me feel good, it did."

Many remember when Dave was thrown from a motorcycle at the Astrodome 40 years ago and spent seven weeks in traction. He responded to hundreds of letters and cards.

He said, "If those people took the time or felt enough about me to write me a get-well card while I was strapped up in that hospital, I felt the least they deserved was a little note back."

"They tell me that no one has been on the same TV news program at the same station as long as I have," Dave said.

When Dave signs off tonight at 10pm, it will be his last time anchoring that broadcast. But he's not going anywhere. He will continue to anchor Eyewitness News at 6pm every evening. 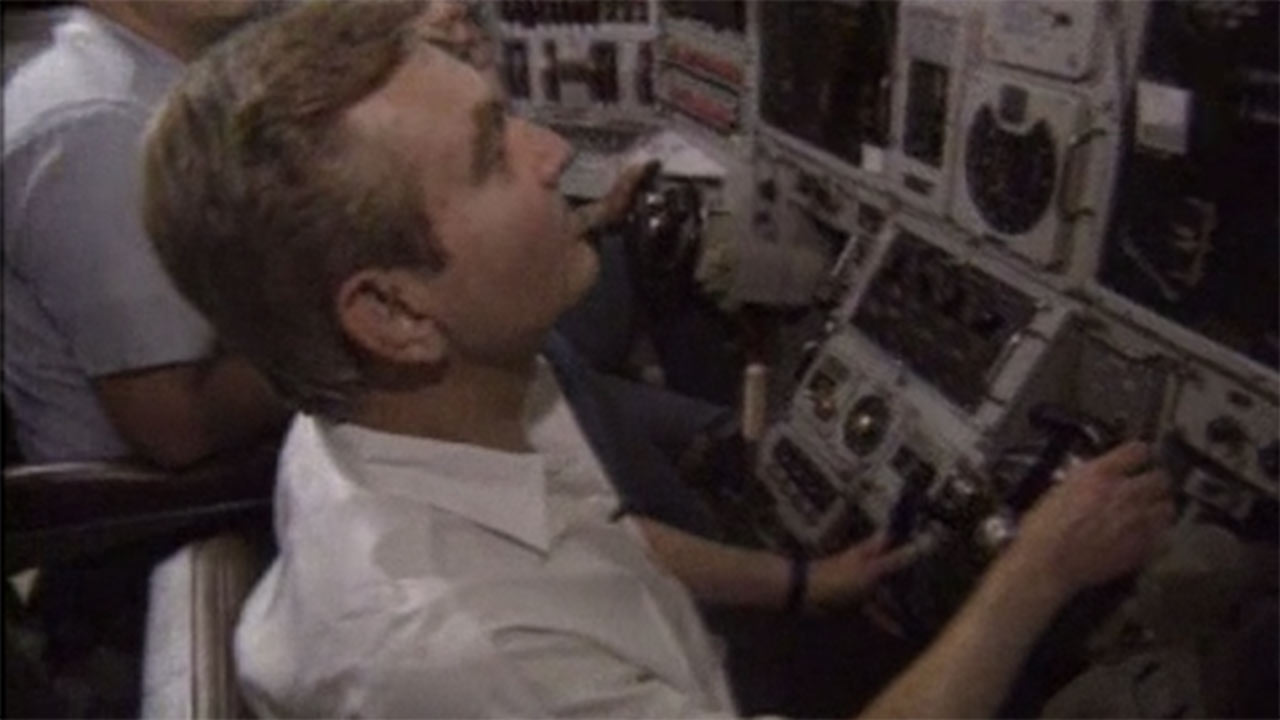 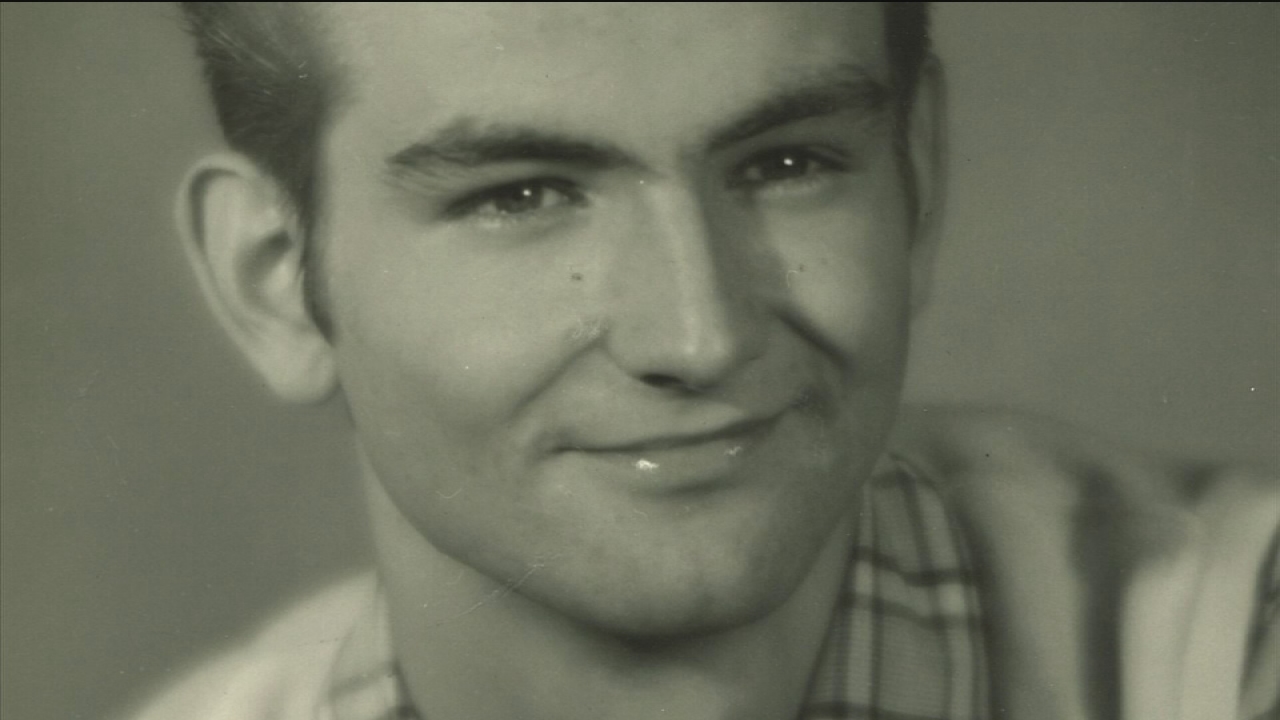 How Dave Ward came to ABC13 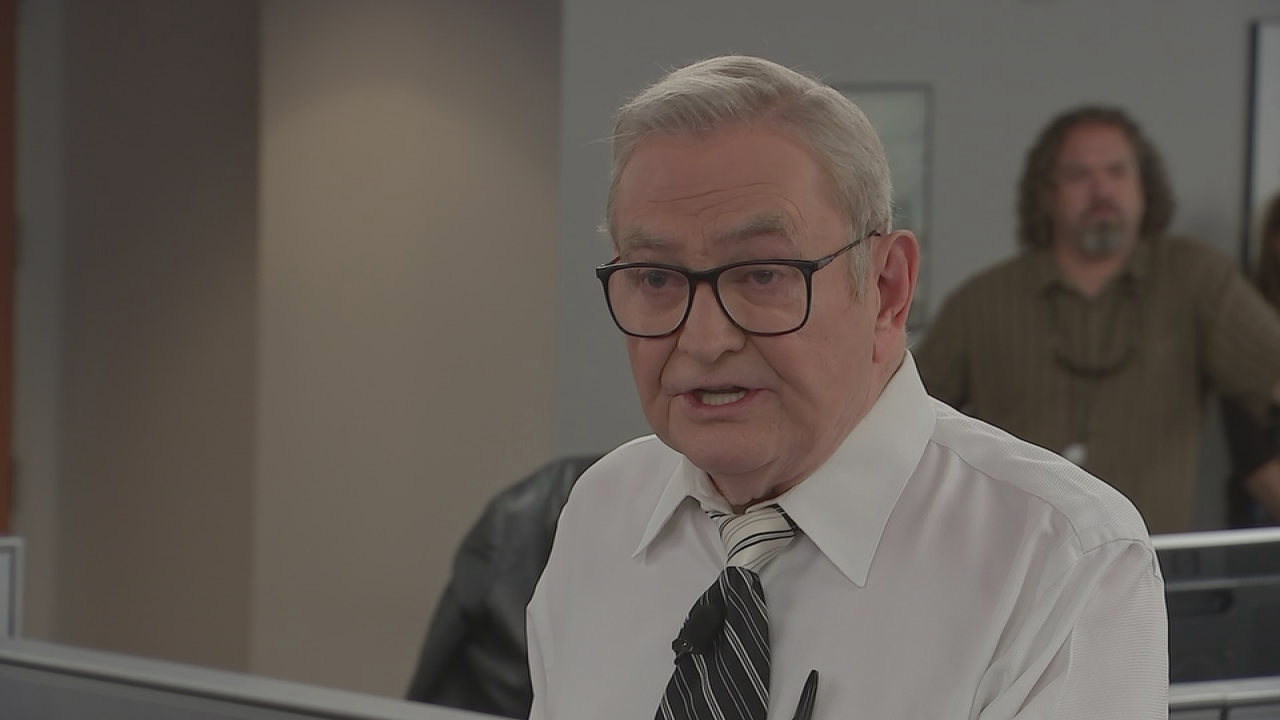