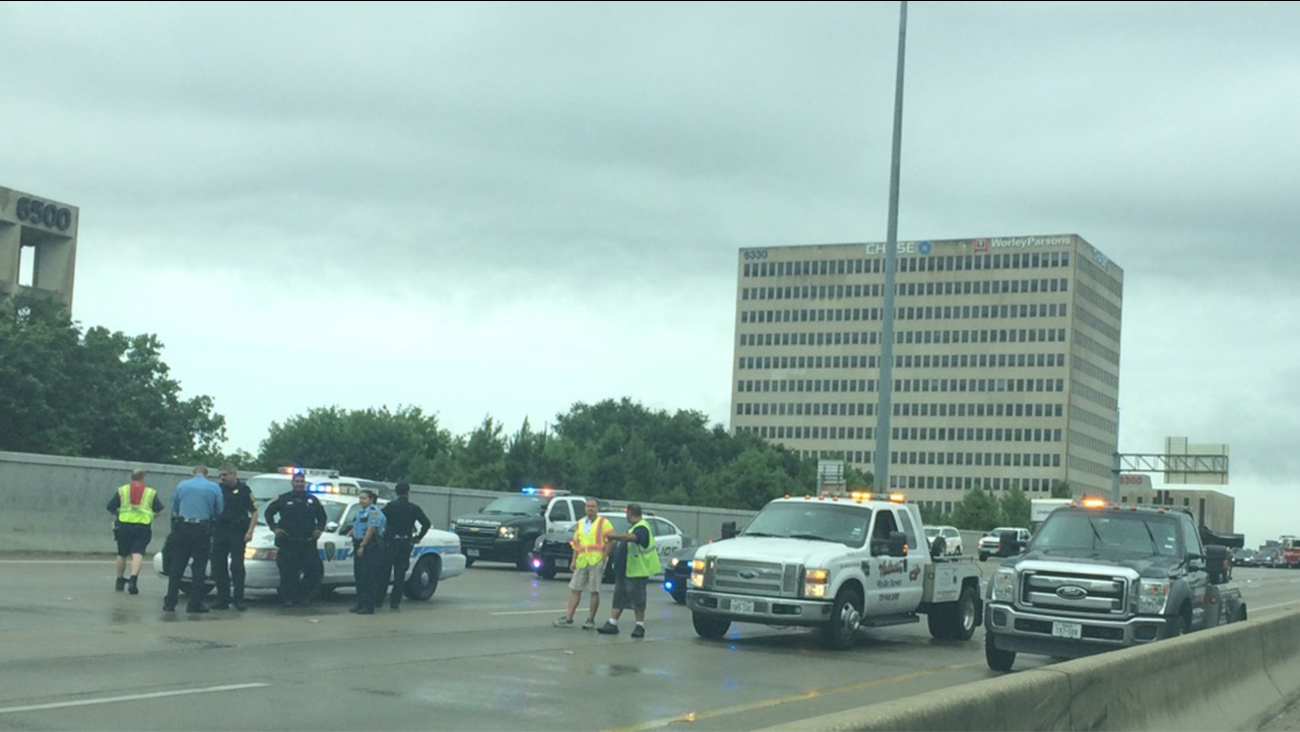 HOUSTON (KTRK) -- All of the 610 West Loop southbound lanes were shut down at Bellaire due to an accident involving an off-duty Houston police officer Saturday morning.

The incident happened around 10:30am.

Police say Officer Myles Burton, 32, was acting as a funeral escort with four other officers when he was struck. One of the cars in the procession lost control and came over into the officer's lane. They didn't realize the car was part of the procession, but that driver was cited for failure to drive in a single lane.

The officers were escorting the funeral procession for Kyssi Andrews, the honorary deputy who passed away last Sunday.

Officer Burton was taken to the hospital and is listed in stable condition.

The rest of the procession continued to the funeral.