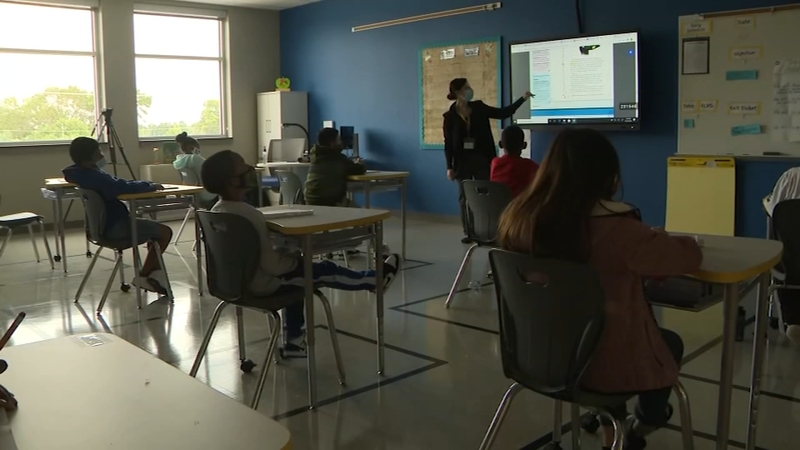 How students fared during 1st full school year of pandemic

After a full school year during the COVID-19 pandemic, elementary and middle school students are heading into the fall with lower rates of achievement gains in reading and math than they would have during a typical school year, new research shows.

The researchers say the results were worse in high-poverty areas and could have been even worse overall had thousands of students "missing" from school systems been counted. Separately, they say that it would take "unprecedented" levels of growth to make up for the past school year.

NWEA, a Portland-Oregon-based education research organization that develops pre-K-12 assessments, expedited research on test scores from the 2020-21 school year to help spotlight student needs ahead of the fall.

Researchers compared gains in student achievement in grades 3-8 across the school year to pre-pandemic levels -- specifically, the 2018-19 school year -- based on the average results of its MAP Growth assessments in reading and math.

They found that, looking at the results of 5.5 million test-takers, students did make modest progress overall over the course of the school year -- but not as much as during a typical year. Compared to 2018-19, average achievement gains declined 3 to 6 percentile points in reading depending on the grade level. There was an even steeper decline in math, between 8 and 12 percentile points. 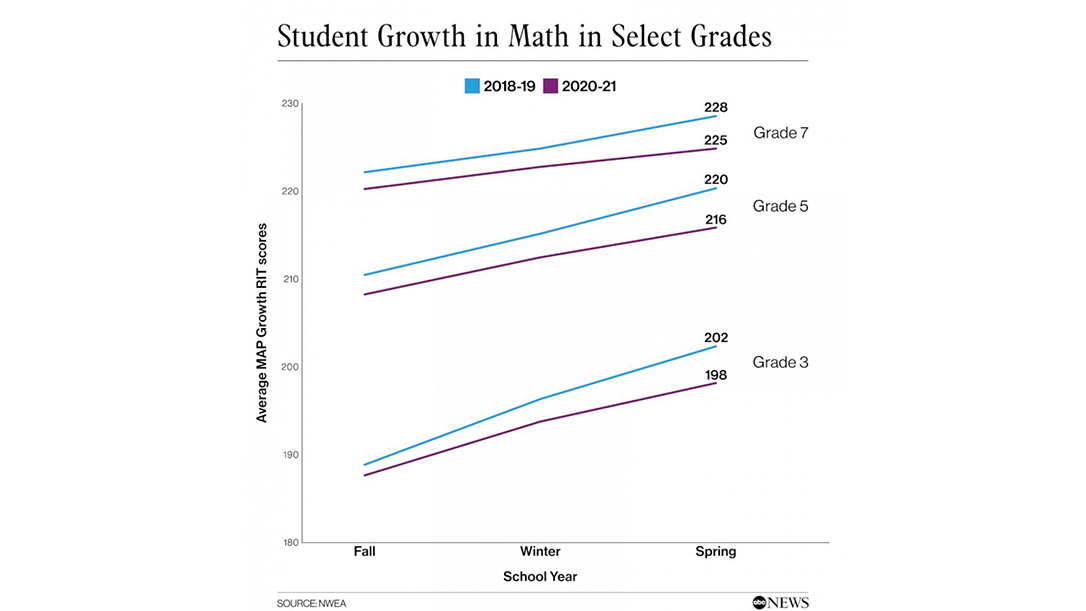 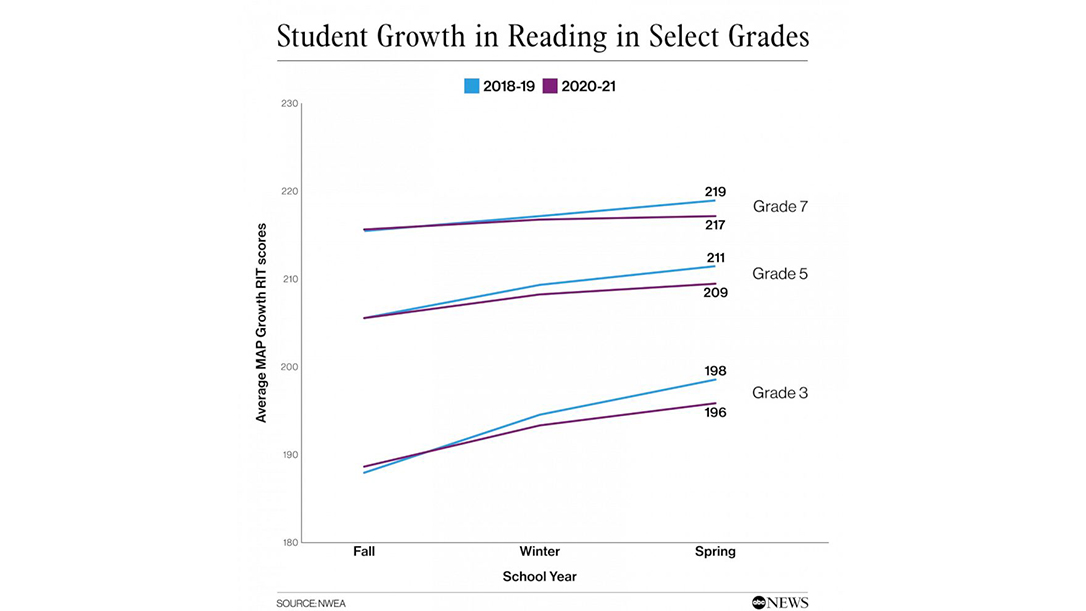 Unexpectedly, the gains in math and reading decelerated between winter and spring relative to a typical school year, researchers found.

"I think many of us expected to maybe start to see some signs of hope closer to the spring, when more kids were returning to the classroom," Karyn Lewis, a senior research scientist with NWEA, told ABC News. "So that that's when learning really stalled more was surprising to me."

Lewis pointed to "pandemic fatigue" as possibly being behind the unanticipated results.

"When I think back and reflect on my own experiences in the winter, that's I think when pandemic fatigue really started to set in," she said. "I think that it's starting to show in these data that kids were also affected."

"We know that the pandemic was not an even crisis across families in our country, and families in high-poverty situations were impacted in different ways," Lewis said. "Parents were less likely to be able to stay home and support virtual learning opportunities because of the way their jobs were structured. These homes may have had less reliable internet access or less reliable access to a dedicated computer. ... It's just layer upon layer of different factors that I think are probably attributing to this."

"The kids that went missing are not the random sample of students but are more likely to be in schools that serve a high proportion of kids in poverty, that were lower achieving in prior years and that were from communities of color," Lewis said. "This may actually be kind of the best-case scenario because we are missing the voices of many of the students in these groups that were most impacted."

Researchers also emphasized that their work didn't specifically address the impact of remote learning on performance.

"This national data is fantastic for giving us the lay of the broad landscape, but we really need as districts and schools come back to lean into the local context and look at our own data and see how that compares with the trends that we're seeing nationally," Brooke Mabry, strategic content design manager for NWEA's Professional Learning Design team, told ABC News.

With students going into the fall with, on average, lower gains in math and reading, there would need to be "unprecedented" levels of growth to catch up, Lewis said. The delta variant may also throw a "big curveball" for schools this fall, as COVID-19 cases rise across the country. But there are signs of hope, researchers said.

"We do know that what we learned from what happened with kids over the summer months, when they are out of school altogether, the kids that seem to lose the most across the summer period are also those that tend to rebound the quickest when they're back in the classroom," Lewis said. "I think there is some hope here that kids are sponges, and they are ready to learn."
Report a correction or typo
Related topics:
educationeducationschool testingschoolsu.s. & worldonline learningstudents
Copyright © 2021 ABC News Internet Ventures.
SCHOOLS
COVID-19 cases among students and staff drop 35% in area schools
Texas' ban on school mask mandates draws federal investigation
Houston-area schools see 2,535 fewer active COVID cases this week
Alief among Texas districts dealing with 'devious lick' TikTok trend
TOP STORIES
Man killed inside East Harris County home in drive-by shooting
Funeral services to be held Monday for fallen HPD officer
2 killed in separate auto-pedestrian crashes
Harris County sheriff's deputy hurt in crash involving horse
Man shot to death in 'jealous rage' shooting at SW Houston hotel
Another nice day, but change is on the way
Man killed in drive-by shooting in SE Houston, police say
Show More
Houston BBQ spot inks endorsement with UT football star
Abduction suspect dead in head-on crash, 7-year-old hospitalized
OH haunted house actor stabs boy, 11, while trying to scare him
Tony Awards hope to be the jab Broadway needs
Victim of alligator attack during hurricane identified
More TOP STORIES News