Mitt Romney slams vaccine distribution roll-out: 'As incomprehensible as it is inexcusable'

CNNWire
By Jeremy Herb and Rachel Janfaza
WASHINGTON -- Republican Sen. Mitt Romney on Friday warned the process of distributing vaccines is "falling behind" in a statement blasting the plan for getting Americans vaccinated, as the critical vaccination roll out process lags.

"That comprehensive vaccination plans have not been developed at the federal level and sent to the states as models is as incomprehensible as it is inexcusable," Romney, who represents Utah, said in a statement Friday.

Romney said the plan to rely on hospitals and pharmacies that are already overburdened was "unrealistic."

Romney's statement comes as the federal government's Operation Warp Speed had promised that 20 million doses would be administered before January 1. Yet data from the US Centers for Disease Control and Prevention from earlier this week shows that just over 12.4 million doses have been distributed, and only 2.79 million have actually been administered.

"The rapid development of COVID-19 vaccines is a tribute to the NIH, the FDA and to the professionals in the pharmaceutical industry. But unlike the development of the vaccines, the vaccination process itself is falling behind. It was unrealistic to assume that the health care workers already overburdened with Covid care could take on a massive vaccination program," Romney said.

"So too is the claim that CVS and Walgreens will save the day: they don't have excess personnel available to inoculate millions of Americans. Nor are they equipped to deal with the rare but serious reactions which may occur. Doctor offices are well-suited but the rate of patient throughput in doctor offices is predictably slow," Romney said.

He added, "When something isn't working, you need to acknowledge reality and develop a plan-particularly when hundreds of thousands of lives are at stake."

Romney urged leaders to "call on people who have carried out widespread vaccination programs elsewhere or in the past" for guidance and suggested using retired medical workers and others to set up vaccination sites at schools, as one possible solution.

He said despite that fact that this stage of the plan targets those easiest to vaccinate the program is "woefully behind."

"Urgent action now can help us catch up," Romney said. 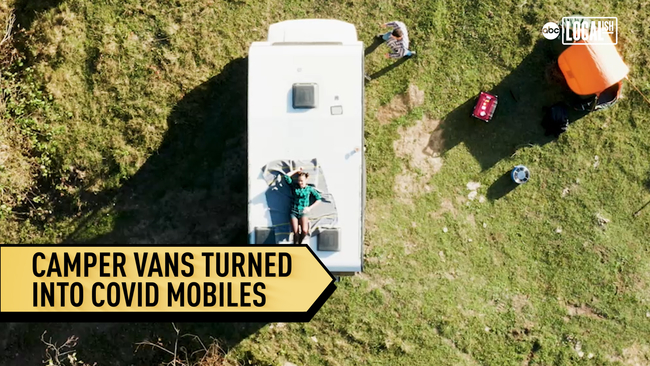