13 Investigates: Cellphone data shows one reason why minorities are hit harder by COVID-19

KTRK
By Ted Oberg and John Kelly and Sarah Rafique 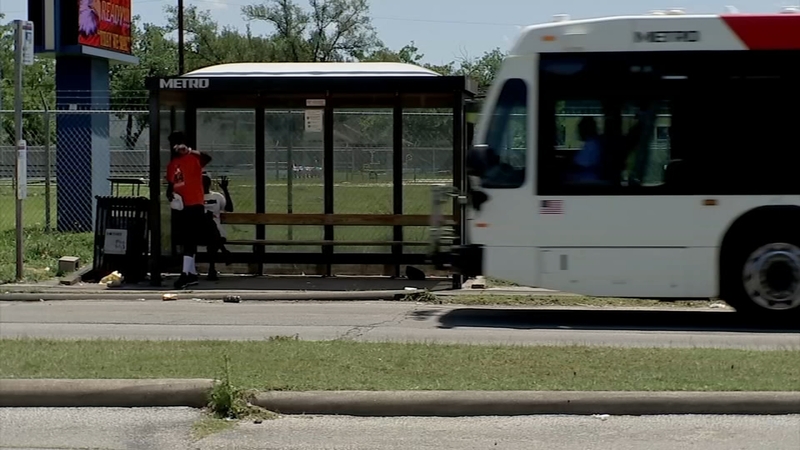 Cellphone data suggests why minorities are impacted by virus

HOUSTON, Texas (KTRK) -- Jearlean Grevenberg has been staying at home for weeks. But even though she spends most of her time indoors, she knows not everyone in her Settegast neighborhood is as lucky.

Many are still going to work, fearful they could be fired if they don't.

"They need the money. They need to take care of their children and stuff," Grevenberg told 13 Investigates' Ted Oberg. "If they have a job, they need the job."

13 Investigates analyzed cellphone data and found the city's poorest and minority neighborhoods had a higher percentage of people who were going to work. Those areas also had a higher rate of COVID-19 positive cases, particularly in predominately African-American communities.

Cellphones aren't tracked in a way that identifies individuals, but using anonymous day-to-day data for more than a quarter-million devices across Houston and Harris County, 13 Investigates was able to identify how many people appear to be going to work either part or full-time.

The data, provided by Safegraph, tallies cellphones that are in one place at night, presumably your home, and then another location for about four or eight hours during the day. We also took a look at cellphones that had several brief stops at various locations over a long period of time, indicating those could be food or other delivery workers.

Across Harris County, the data shows about 10 percent of people still left the house for work throughout April.

But, a 13 Investigates analysis of cellphones in the city's lower-income and minority neighborhoods shows the percentage of people who appear to be working is consistently higher in areas with increased poverty rates and a larger percentage of nonwhite residents.

In addition to higher COVID-19 rates in minority communities, the number of Houstonians likely leaving their homes for work is more distinct in predominantly African-American neighborhoods.

"When it comes to people of color, it is very difficult for us to work remotely from home. We are on the frontline," Mayor Sylvester Turner said last week during an ABC13 Town Hall on COVID-19 and Communities of Color. "We are the people, for example, that are in the grocery stores as employees. We are the bus drivers, the transit workers. So when it comes to working remotely, for many people of color, that is not that is not an option."

RELATED: ABC13 town hall on COVID-19 and Communities of Color

In the South Union area, during the last week of April, the week ABC13 picked for our analysis, data shows an average of 18 percent of people going to work, nearly double the county's average. The infection rate in that area is also twice as high as the rest of the county.

In Houston Gardens, on the northeast side of town, researchers identified it as having several risk factors. It's a mostly poor and minority neighborhood, where an average of 22 percent of people were still going to work every day.

Dr. Nathan Bender, director of the Harris Health Settegast Health Center said he encourages people to stay at home as much as they can. But for some of his patients, that's not an option.

"They do have to commute to work and that would certainly put them at more risk, just being out of their house," Bender said.

A 13 Investigates analysis of Harris County zip codes with the highest rate of COVID-19 cases per capita shows minority neighborhoods have some of the highest infection rates. There's also a higher rate of cases in poor neighborhoods.

INTERACTIVE: See if your neighborhood has a higher COVID-19 infection rate. The darker shades are areas with a higher COVID-19 rate. On the bottom of the map, click to see another slide showing areas with the most minorities. On mobile device? Click here for a full screen experience.

Across the county, seven of the 10 zip codes with the highest rates of infection also are in areas where more than 90 percent of residents are racial and ethnic minorities.

More than a quarter of Grevenberg's neighborhood is below the poverty line, and about 99 percent of the population there is non-white. It also has the third highest COVID-19 infection rate across the county, according to a 13 Investigates analysis.

In the Foster Place neighborhood, which is 90 percent non-white and has the second highest COVID-19 infection rate in the county, Bud's House of Meat owner Wayne Adair stands outside his shop and slowly lets customers in, one at a time.

"Most people aren't in office management here, and that's the people working from home," Adair said. "Most people here, they're working with their backs and their hands, and they're putting their hands on something to get it done."

Adair said South Houston shop, which has been in the neighborhood for more than 40 years, has stayed busy ever since the pandemic hit. Many of his customers don't have the luxury of working from home.

"I see the civil people from the city, all the trash services, all the public works people are still working," Adair said. "You can see that's the railroad people in line at the lunch line right over there."

Have a tip for Ted Oberg? A problem to solve? Get in touch with us on our tip page, or send a tip below. (On mobile? You can open our form by tapping here.)
Report a correction or typo
Related topics:
houstonted oberg investigatescoronavirus testingcoronaviruscoronavirus texascovid 19 pandemiccovid 19 outbreak
Copyright © 2022 KTRK-TV. All Rights Reserved.
TOP STORIES
Crash with hydrant sparked main break in NW Houston, neighbor says
2 men shot and 1 assaulted in home invasion on Houston's east end
High school student attacked in his family's driveway in Richmond
Meat Loaf, 'Bat Out of Hell' rock superstar, dies at 74
Man killed in suspected road rage shooting on North Belt
New ERCOT dashboards let Texans check energy supply in real-time
We have a cold and damp night ahead
Show More
Winter blast felt across Texas
Alvin votes no on 'sanctuary city for the unborn' ordinance
Opening of adult store in Missouri City on hold after zoning issues
TxDOT crews prepared as temperatures continue to drop
Burglar caught on camera hitting luxury apartment building
More TOP STORIES News