Experts argue why they updated COVID-19 website, leaving some confused

KTRK
By Miya Shay
HOUSTON, Texas (KTRK) -- Leaders of the Texas Medical Center (TMC) are defending the changes the COVID-19 reporting website made over the weekend, insisting they are not trying to hide anything.

"There is nothing sinister here," said TMC CEO Bill McKeon in an interview with ABC13. "This is straight forward that we're evolving."

McKeon's comments come after a weekend where TMC first stopped reporting COVID-19 case data for three days, and then altered a number of the slides it had been presenting to the public.

Up until June 24, the TMC website presented a comprehensive, daily update on COVID-19 cases, ICU bed capacity, and other data. The updates stopped the day after 11 hospital CEOs sent out a warning that bed capacity was being pushed to surge levels.

On June 25, four of the CEOs conducted a news conference insisting there is plenty of capacity. It was at that time that Gov. Greg Abbott paused elective surgeries in Texas' four big counties, including Harris.

When the data began updating again over the weekend, several slides, including a popular and simple dial that pinpointed toward ICU bed capacity surging, were either deleted or switched out. The new slide on ICU bed capacity no longer features any red or orange coloring, instead using blue and green in the graphics, painting the ICU bed capacity as less dire.

"We didn't wipe out anything. We added original data and four more slides," said McKeon. "The reason, you asked why did it change, is that we felt, we had to change and put together data that made it more clear. We don't want people panicking."


Judge Lina Hidalgo, who has consistently pushed for more data from both public and private health officials, did not buy the argument.

"With all due respect to the TMC, let me just say, by request on them, go back to your original reporting. And if you want to, add more documents to that and be consistent. But, this is not a time to mix, mixed message and people need to know what the situation is. We need to be very truthful and be upfront."

McKeon said he has to have 11 CEOs in agreement before he can release new data, and he says they now realize pausing any of the data, even if it is to make improvements, is inappropriate.


"I believe the CEOs are committed to not turning off the data in the future," he said.

McKeon also acknowledged that the global consulting firm McKinsey & Company has been helping the Texas Medical Center since March. McKeon says the company first volunteered their services for free, but now is under contract. McKeon says it's improper to reveal the cost of the contract. 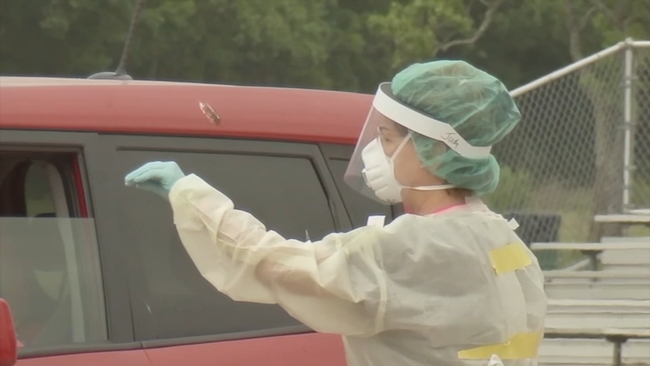 Kids learn to administer their own COVID-19 test