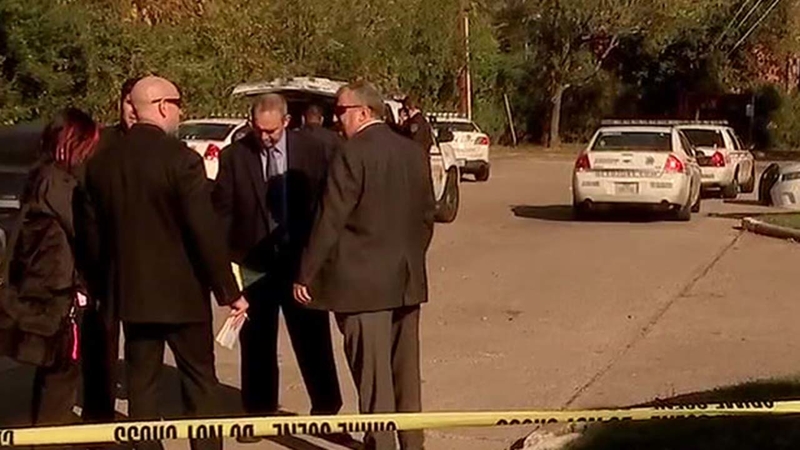 HOUSTON (KTRK) -- Harris County deputies say a couple claims that a man found dead in the middle of a northwest Harris County road was shot after he tried to rob a woman early this morning.

Deputies say the woman's boyfriend claims he rushed to defend her during a robbery, shooting the man in the street. Authorities say the shooting happened when she came home early this morning. The woman says one man tried to grab her purse and the other robber had a gun.

The boyfriend, who was in the apartment -- heard her scream. He says he ran outside with his gun and fired at one of the robbers.

Neighbors say they a couple shots -- and up to seven -- just before 6am.

The Harris County Sheriff's Office says the man was shot on Cypress Station near the North Freeway.

Authorities are still investigating and questioning the couple about the shooting.