What do magic wands have to do with stopping cheating? If you're homeschooling kids, a lot 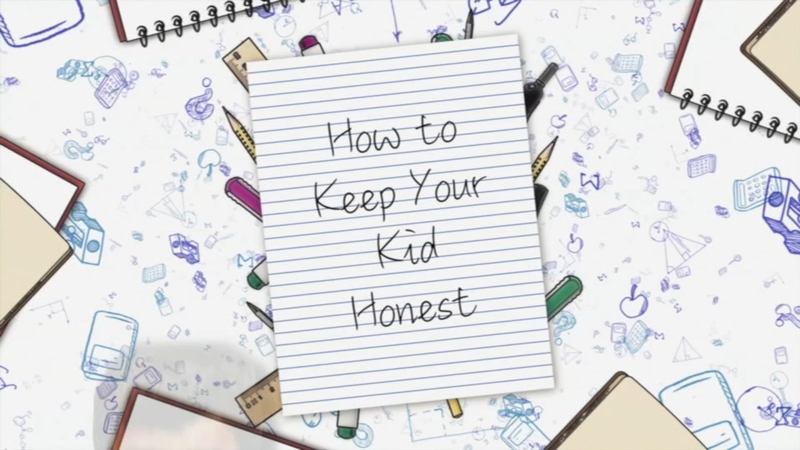 A new study has found that parents can nudge their children to be honest and truthful by using invisible cues.

The study, published in "Proceedings of the National Academy of Sciences," found that young children cheated less in class when a transparent frame was set up as a barrier. The researchers tested the "moral barrier hypothesis": the idea that a boundary, even one that doesn't physically exist, will cause them to act honestly.

It's all about the nudge. A nudge is a change to the environment that's so small, the person doesn't even realize it's there.

An example of a nudge, in an adult situation, is how switching to smaller plates can result in eating less food. Another example is how when fruits are placed attractively in a cafeteria, it can lead to children eating more fruits.

We told Houston mom Vicky Yip about the experiment and asked for her take. Vicky, like many mothers, fathers, grandparents and guardians out there, is gearing up for months of homeschooling. Vicky has two sons, 10 and five, and a daughter who is 8 years old.

"I think with younger kids the nudge really does work because they're so impressionable at that age," Vicky said. "They're forming their own values and opinions about the world. They're taking what you say as right and wrong at face value."

Here's how the study worked. Researchers set up a few different scenarios for 5 and 6-year-old children. All kids were given a math test where the first four problems were easy, but the last problem was impossible. An answer sheet was left on the desk right next to them and a steel frame with a transparent cover was placed between the two desks. Even though the children could see the answer key next to them, they didn't cheat as often. In fact, this scenario had the least amount of cheating.

In another scenario, when a researcher came and waved an imaginary wand between the two desks, that also led to significantly less cheating.

Dr. Kerry-Ann Williams, a child psychiatrist in Boston, was not surprised that waving a magical wand worked for young children. She explained that "this is the age of magical thinking, and so the idea the magical barrier worked" was not shocking. Williams also pointed out that children at that age want to please adults, so they are more likely to follow commands from the examiner.

Vicky said she's not sure this would work for her fifth grade son, who is 10 years old.

"I'm not sure in that case the nudge is enough. Maybe a nudge and a threat, or something like that," Vicky said while laughing.

Although the authors of the study concluded that a real or even imagined boundary could lead to less cheating, experts are still unsure why this happens. One possibility is that humans are all trained to use environmental cues, such as staying on a crosswalk or following a "no trespassing" sign.

In this new study, someone waived a magic wand in front of 5,6 yo kids taking a test...while the answers were right next to them. The idea was: the ‘magic’ put up an invisible barrier. Kids heard that—and we’re wayyyy less likely to cheat. Interesting! #abc13 pic.twitter.com/xoPxr6KCsW

Whose dining room table will soon 👀 like this ⬇️? SENDING HUGS and alll the caffeine to the moms/dads/ brothers/ sisters/ aunts/ uncles/ grandparents who’ve turned into education warriors! Guess what? I may have the key to help keep your kids HONEST while they learn... #abc13 pic.twitter.com/svvfBbdjvb