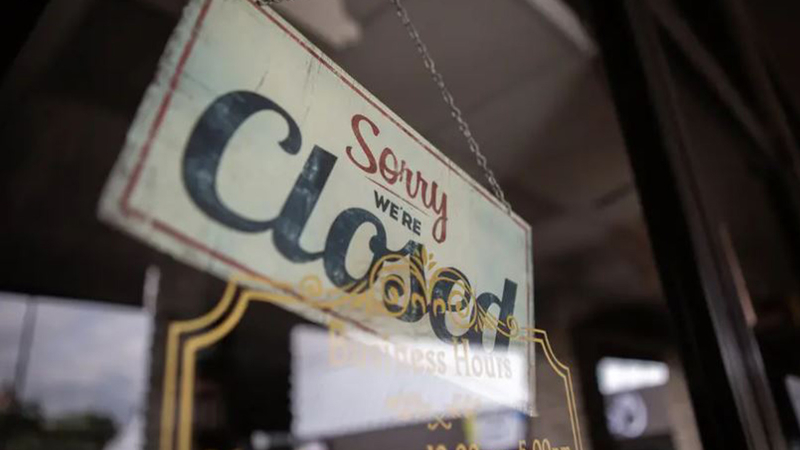 2nd stimulus check and other highlights of coronavirus HEROES Act

Within that sum, nearly 400 Texas companies received loans within the range of $5 million to $10 million, according to data the Trump administration released Monday.

The companies taking part in what government officials called the Paycheck Protection Program included a large number of well-known restaurant groups: the troubled Luby's cafeteria chain; Pappas restaurants, which is the parent company to Pappadeaux Seafood Kitchen and Pappasito's Cantina; Pei Wei Asian Diner; Rosa's Cafe and Tortilla Factory; and TGI Friday's. Each of those restaurants stated the loans allowed them to retain 500 jobs.


DATABASE: Click to pull up the full screen version of the searchable database

Other notable recipients included the Alamo Drafthouse Cinema chain and the Houston Livestock Show and Rodeo. Officials canceled the rodeo midway through this year's event in March in the early stages of the COVID-19 outbreak.

But the spectrum of businesses receiving loans crossed practically every segment of the Texas economy. Included in the data were car dealerships, hundreds of nonprofit organizations, churches, oil and gas industry support companies, medical practices, zoos, law firms and colleges.

Plenty of noteworthy Texas institutions were in the mix as well. Companies that received at least $1 million in PPP loans included the Lucchese cowboy boot company of El Paso, Mi Tierra Mexican restaurant of San Antonio, Billy Bob's Texas of Fort Worth, Camp Longhorn of Burnet, the First Baptist Church of Dallas and the Colonial Country Club of Fort Worth, which was the site of a much-debated PGA tournament last month.

Monday's release is the most comprehensive list so far of businesses and nonprofit organizations that received money from the Paycheck Protection Program. Companies were allowed to apply for the loans if they were negatively affected by the coronavirus pandemic. If business owners comply with federal mandates - namely, retaining staff - the taxpayer-funded loans will turn into grants and will not need to be repaid.

In total, the federal government disclosed the names of 52,150 Texas businesses and nonprofits that received the loans. Nearly 46,000 of those loans went to businesses or organizations that received less than $1 million.

Plenty of current and former politicians and officeholders secured PPP loans as well.

As The Dallas Morning News previously reported, Republican U.S. Rep. Roger Williams, who represents the 25th Congressional District, received a PPP loan for his car dealership. The new information clarified that the sum was within the range of $1 million to $2 million.

Kathaleen Wall, who is locked in a Republican runoff for the Texas 22nd District, owns a stake between $5 million and $25 million in the biopharmaceutical company Hope Biosciences, according her candidate financial disclosure. That company received between $150,000 and $350,000 in PPP money.

Dallas Republican candidate Genevieve Collins, who is running to unseat U.S. Rep. Colin Allred in the 32nd Congressional District, stated on her candidate financial disclosure that she is an employee of her family's company, IStation, an education technology firm. That company secured between $2 million and $5 million in PPP funds.

U.S. Rep. Chip Roy, an Austin Republican who represents the 21st Congressional District, reported that his spouse owns between $50,000 and $100,000 worth of the frac sand company Atlas Sand. That company received between $2 million and $5 million from the government.

There is also Farouk Systems, manufacturer of the Chi hair straightener. The company's founder, Dr. Farouk Shami, made an unsuccessful bid for the 2010 Texas Democratic gubernatorial nomination. That company received $5 million to $10 million in government support.

The data is not complete, however. The Small Business Administration - the branch of the Treasury Department administering the program - did not release information for loans smaller than $150,000. Only about 15% of loans were for $150,000 or more.

On Twitter, Jovita Carranza, administrator for the U.S. Small Business Administration said the data "shows that small businesses of all types and across all industries benefited from this unprecedented program."

The data includes privately controlled companies. Earlier in the spring, many publicly traded companies filed their PPP loan information to the Securities and Exchange Commission. Upon those disclosures, many questions were raised over the spirit of the law.

Large companies like Texas-based Pizza Inn and Taco Cabana were able to secure small-business loans, thanks to the language in the CARES Act - the bill that created the program. That language defined a small business as any company that has fewer than 500 employees at any one location.

The owners of smaller companies expressed frustration over the process during the last few months. In order to avoid new government bureaucracy, banks became the clearing houses for applications. Less-prioritized customers and business owners who do little banking expressed frustration at being relegated to the back of the line throughout the distribution process.