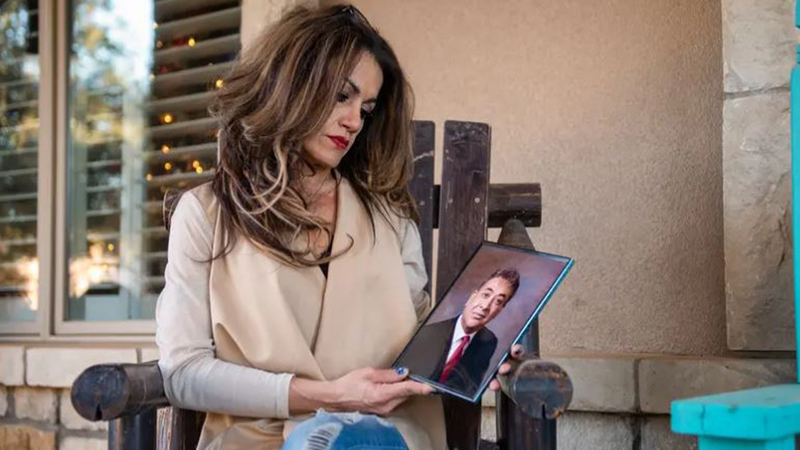 When Amy Jones burst through the doors of the intensive care unit, she found a line of health care workers in the hallway, she said. Jones was sobbing. Shaking. She let out a scream.

Fitz, 67, was Jones' common law spouse, she said, and the father of her two young kids. To his co-workers, he was a revered colleague in the emergency department at Lubbock's Covenant Medical Center, where he had worked for roughly two decades.

Fitz had driven himself to the hospital in the early hours of the morning four weeks before, after testing positive for COVID-19. Though his oxygen levels had dropped, he seemed optimistic. He told Jones he'd be better soon.

"It's going to be five days," Fitz said.

But in mid-October, his texts to her suddenly stopped. Jones video-called Fitz one morning; he looked more scared than she'd ever seen him, she recalled.

He was placed on a ventilator that day.

Medical professionals have spent nine months battling on the pandemic's front lines, suiting up daily in protective gear to treat patients and holding up screens so loved ones can say final goodbyes. But steadily, their ranks have been depleted as colleagues fall ill, leave the workforce after exhausting their emotional reserves - or, occasionally, die. 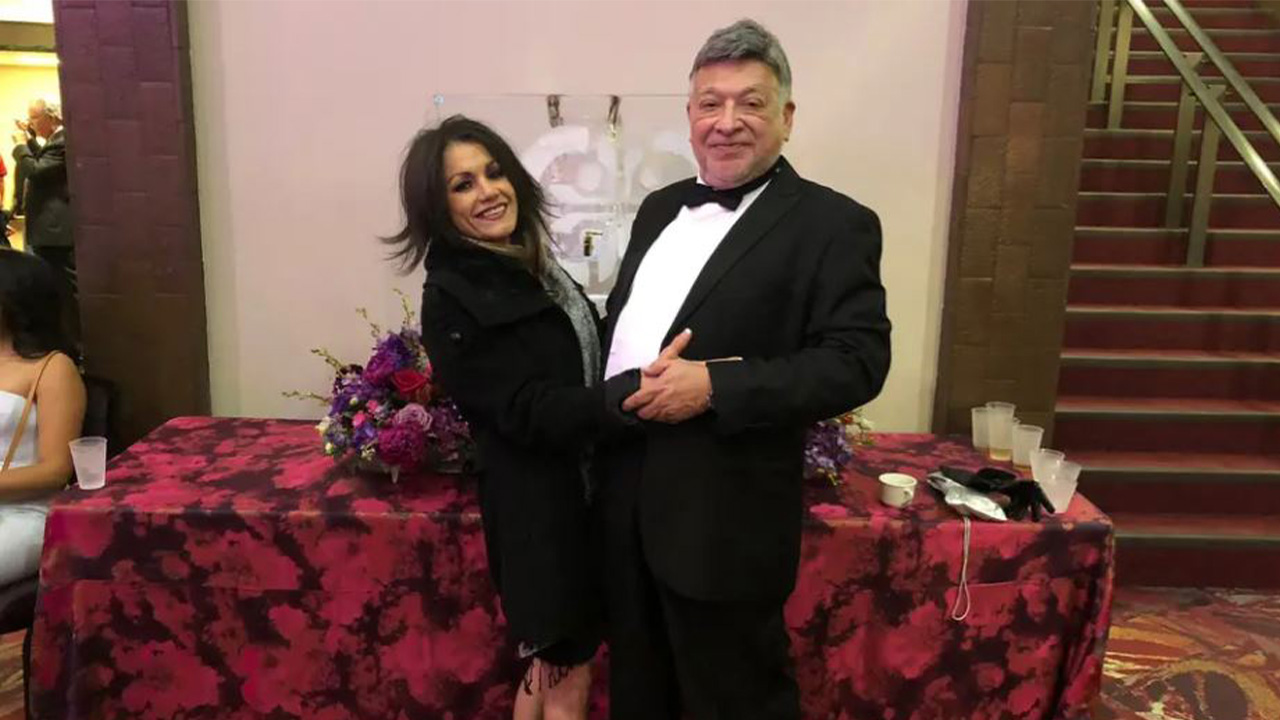 That's in addition to feelings of helplessness and frustration as an exhausted public eschews safety precautions, like mask wearing, that could reduce the virus' spread.

"We're in medicine because we want to help people, but now we're putting ourselves in harm's way to get infected, we have a high rate of exposure," said Dr. James Williams, an emergency physician in Amarillo and a former colleague of Fitz's. "I know a lot of people have said it's not worth it."

The government has sent hundreds of medical workers to buttress hospital staff in hot spots like Amarillo and El Paso, where the situation grew so dire last month that jail inmates were recruited to move bodies into refrigerated trucks. Hospitals in other urban areas are short on beds for new patients.

The intensity can take an emotional toll.

In the Rio Grande Valley, where hospitals were overwhelmed during a summer COVID-19 surge, nurse Christian Ramirez said he's started to dream he's in the hospital and will wake up wondering where his patients are. At one point during the summer, he saw a nurse weeping next to a dying patient - her own mother - wondering if she'd infected her.

"I don't think anybody who's not there in the trenches understands," he said.

In North Texas, Dr. Justin Fairless said the hospitals where he works in Fort Worth and Azle have turned away some people who would normally be admitted. There simply isn't room, said Fairless, an emergency physician and another friend of Fitz's.

As Fairless faces a crush of cases a few weeks after Thanksgiving, he said he's picked up extra shifts because colleagues are out sick or quarantining. He said others have moved to online care, quit their jobs altogether, or retired early in the face of the relentless strain or to tend to family members battered by the virus.

"I feel like every time I go to work, I hear a new story about someone's family member that is seriously ill or dying," he said, adding that it's "the time when we're needed most - and we're burned out."

"You see people dying every day"

With the promise of a vaccine on the horizon, some health care providers see cause for optimism. Hospital workers will be among the first in line to be immunized, under state guidelines, and Gov. Greg Abbott has said the state may receive as many as 1.4 million initial vaccine doses this month.

But with the nation facing its most severe outbreak of COVID-19 infections to date, experts fear the country is marching toward a grim holiday season before enough of the vaccine can be produced to immunize a large portion of the population.

Health care workers who already weathered a massive surge this summer worry they would be shattered by another.

Dr. Jamil Madi, a critical care physician in Brownsville, said the tsunami of infections and deaths the Texas border region saw around July was "traumatic" and something health care workers wouldn't be able to respond to in the same way.

At the height of the pandemic in the predominantly Latino Rio Grande Valley, one of the hospitals where Madi works had 90 medical emergencies, known as "codes," in one month. It was an astronomical increase from the usual three to four.

"You see people dying every day," Madi said. "No matter how hard you try, there's nothing much you can do. You know they're going to die and you just try your best to see if you can save lives."

Seeing how much COVID-19 patients are suffering has become one the greatest strains of the job for Ramirez, the nurse who has worked in two Valley hospitals since the start of the summer surge. So is talking to family members who can't grasp how low the odds of survival can be for severe COVID-19 cases.

He said the frenetic pace of his job has slowed somewhat, and the proximity to suffering and grief does not register the same way it did before.

"It's normalized a bit. I don't want to ... come off like I'm desensitized to it," he said. "But I have definitely gotten used to it." 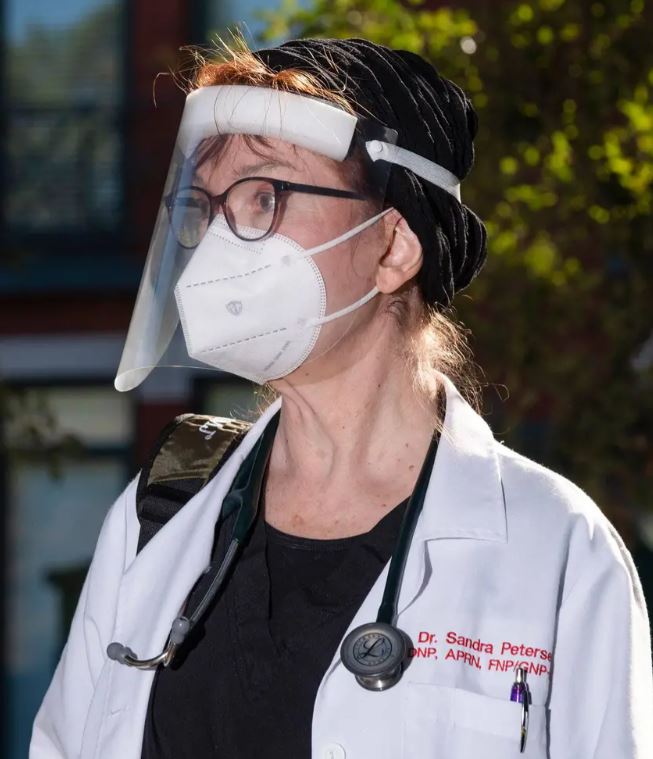 "To experience it more than once in one year is something that the human mind and the human body should not tolerate," said Madi, who also works in Harlingen.

Experts worry the pandemic has already taken a long-lasting toll on the mental health of hospital workers. A study in Norway found that more than one-third of people working directly with coronavirus patients showed signs of post-traumatic stress disorder.

What exacerbates the circumstances is that the medical field tends to be a place "where we don't talk about emotion" and where "mental health is highly stigmatized and viewed very differently than physical health," Gold said.

An October poll from the American College of Emergency Physicians found that about 45% of emergency physicians did not feel comfortable seeking mental health treatment. 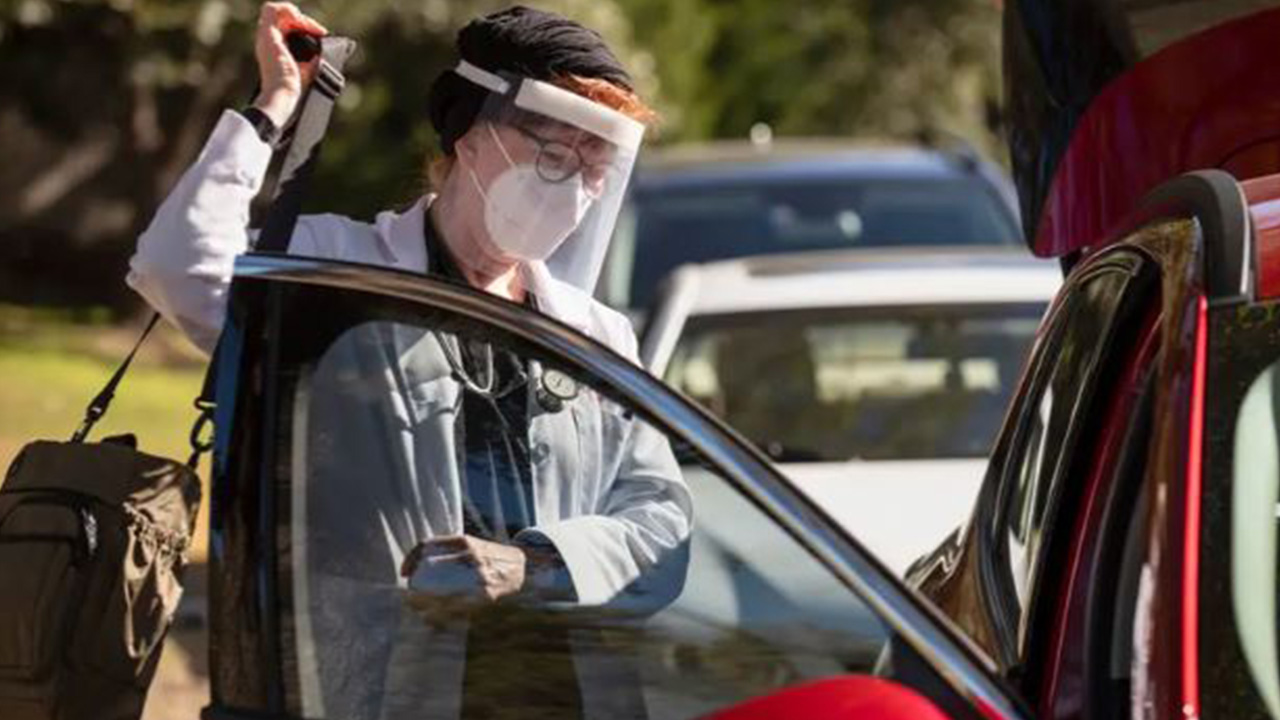 Even in a graduate nursing program at the University of Texas at Tyler, Sandra Petersen said classwork is the last thing students want to talk about during office hours.

The sessions "turned into more of a support group for COVID," she said, "because I was trying to talk to them about the things in the class, but inevitably it came around to, 'How are you doing?'"

Some of Petersen's students have gotten sick with COVID-19, and one, she said, became so ill that she was put on a ventilator while being hospitalized for the disease. Though the student made a partial recovery, she will have "long-term health implications as a result of the virus," Petersen said.

She's encouraged her students to prioritize their own mental health, including by seeking professional help.

Petersen also works as a nurse practitioner, performing house calls for geriatric patients at their nursing homes, assisted living facilities or sometimes in their loved ones' homes. She considers her job more vital than ever, but "do I come home and sit down and cry sometimes? Absolutely," she said.

Some health care workers say the pandemic has spurred them to talk more openly about seeking mental health care. Leslie Mikus, an emergency room nurse who works at a hospital in Victoria, said she has seen a counselor for anxiety, and that "it's been very, very helpful."

Mikus lost an uncle after he was diagnosed with COVID-19 in New York, but her family wasn't able to have a funeral.

"Unfortunately we didn't have good closure," she said. "I feel like our family is missing that. We were able to Zoom, which just seemed so wrong on so many levels."

There's no comprehensive count of health care workers who have died of COVID-19, but Jones said she knows her family isn't alone.

Jones and Fitz met nine years ago, when Jones moved to Lubbock to help run her mother's medical spa. Fitz was the medical director there, an Army veteran who spoke three languages and had a daughter from a previous relationship.

Though they didn't take to each other at first - he was conservative and she is liberal - they bonded on a long drive to a medical training session. They arrived at what they thought was a formal event only to see people in casual clothes - and concocted an excuse to explain why both were outrageously overdressed, Jones said. She remembered he looked "so handsome" and that they "danced all night."

Fitz loved his job - he was nationally recognized as a "hero" of emergency medicine - but he grew stressed as the virus spread through West Texas, she said. Once he got sick, her son was the first to tell her something had gone wrong.

Around 5 a.m. one October night, the child walked into Jones' room to wake her.

Maybe he had to go into work, Jones told her son. But she later checked her phone and saw a text from Fitz.

His oxygen levels had dropped. He was in the emergency room - not to see a patient, but to be treated himself.

Breathing got worse, he said. Didn't want to wake anyone. I love you.

Fitz had tested positive for the coronavirus the day before, Jones said; she believes he was infected after treating a dying patient. Soon after, Jones, 40, would learn she had it, too. So did her son. (Jones recovered at home, and their 5-year-old son did not show symptoms, while their 16-month-old daughter developed a full-body rash.)

Jones began sending daily updates to his friends and colleagues. At first, they were optimistic. On Oct. 17, Jones wrote that he was "stable and comfortable" and that "all the numbers are showing improvement."

On Oct. 18, Jones was hopeful he could be taken off the ventilator soon.

But by Nov. 2, Fitz had taken a serious downturn. His lungs were damaged. An X-ray of his chest was not promising. After more than 20 days in the coronavirus ward, when he was no longer thought to be infectious, he was moved to the hospital's intensive care unit on the fourth floor.

The next day, while Jones was driving, her phone started ringing. Jones pulled to the side of the road and began to cry, shaking and fearing the worst. She quickly drove to the hospital and ran to the intensive care unit.

Her husband was dying.

A pall fell over the hospital. Chaplains went to the first floor emergency room where Fitz had worked for years and led the two dozen people gathered there in a prayer.

Williams, the Amarillo physician, still chokes up at the mention of his former colleague. He feels he's not yet had the chance to properly mourn. "Everything's virtual. You can't be with his family, you can't be with colleagues," Williams said. "It's just really tragic."

A spokesperson for Covenant, the hospital where Fitz worked, said its caregivers are provided with sufficient protective equipment and staff are well-trained on safety protocols.

"We are heartbroken by the loss of Dr. Juan Fitz and his presence is greatly missed by the Covenant Health family," the spokesperson said. 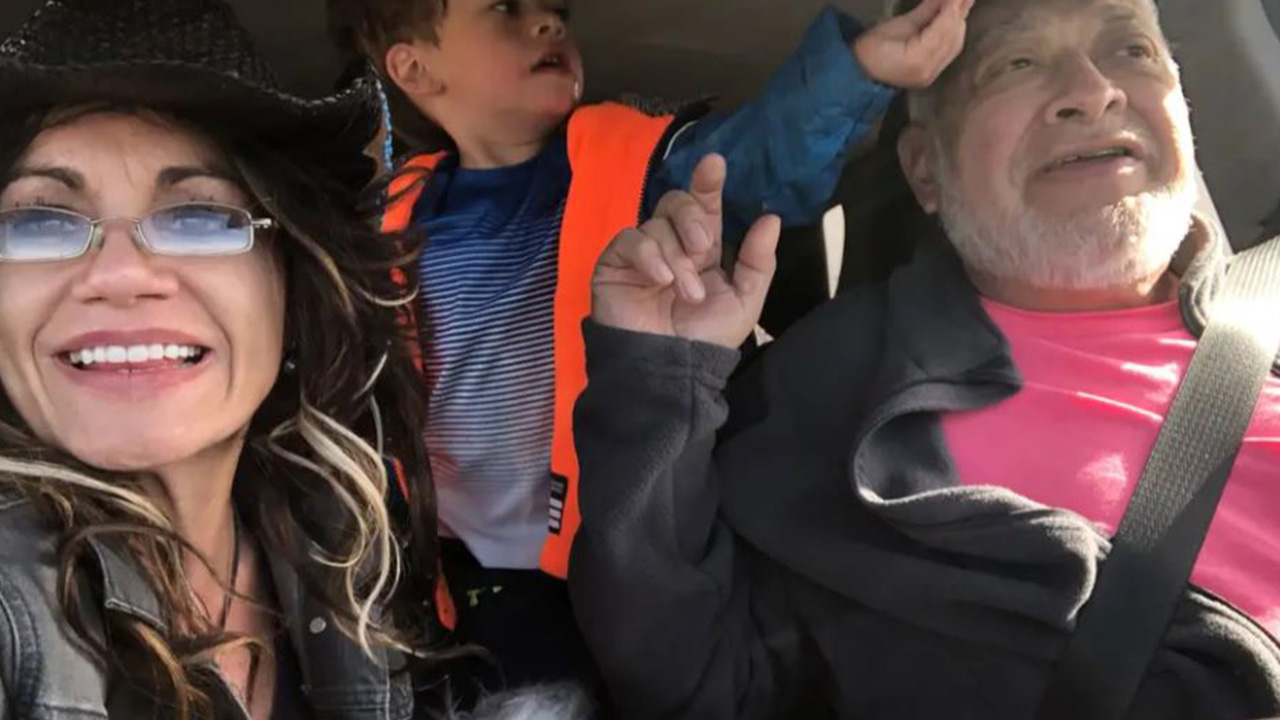 "It made all of us worry about, what if something happened to me?" and grapple with "things you don't want to think about on a daily basis."

Jones said she hasn't processed Fitz's death. Sometimes, she'll feel the grief creeping in, like it's going to suffocate her, but she pushes the emotion down. She has to be strong for her kids, she said.