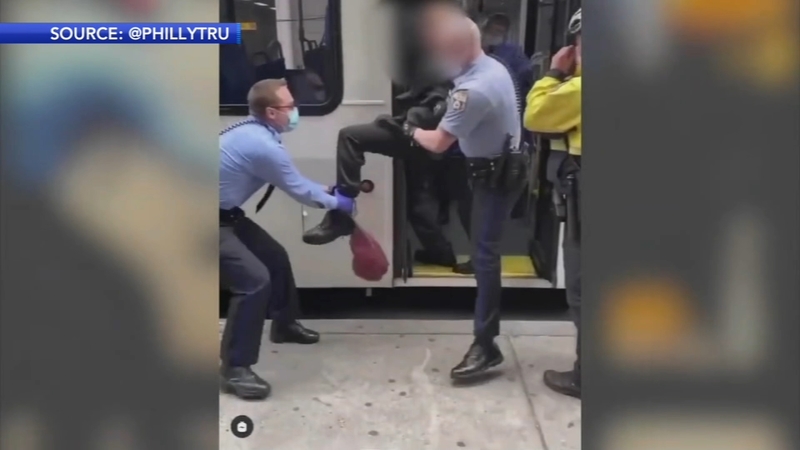 SEPTA, the transit authority that operates the city's buses. transportation authority enacted a policy Thursday that all passengers must only ride for essential services and jobs, and they must cover their faces with masks or cloths.

But a day later, officials said the portion of the policy involving face coverings will not be enforced. This comes after two videos from separate incidents surfaced on social media.

In one, a man was pulled out off a bus by several Philadelphia police officers after the bus driver called 911. A police report stated the rider caused a disturbance on the bus stemming from a disagreement over wearing a face mask.

SEPTA issued a statement in part saying, "an incident today posted on social media regarding a passenger being removed from a bus is still under investigation."

Brian Abernathy, Philadelphia's managing director, acknowledged that he had seen the video.

"Let's remember our SEPTA bus drivers are frontline, boots on the ground heroes who go to work every day and feel the need for protection," said Philadelphia Mayor Jim Kenney, who said he did not see the video of the bus incident.

A second video circulated on Friday of a SEPTA worker telling people on a bus to get off if they didn't have masks. The worker then directed one man, who was wearing a bandanna over his mouth, to get off the bus.

SEPTA is not actually able to enforce the mask/cloth cover policy, and after reviewing both videos, it changed the policy on Friday.