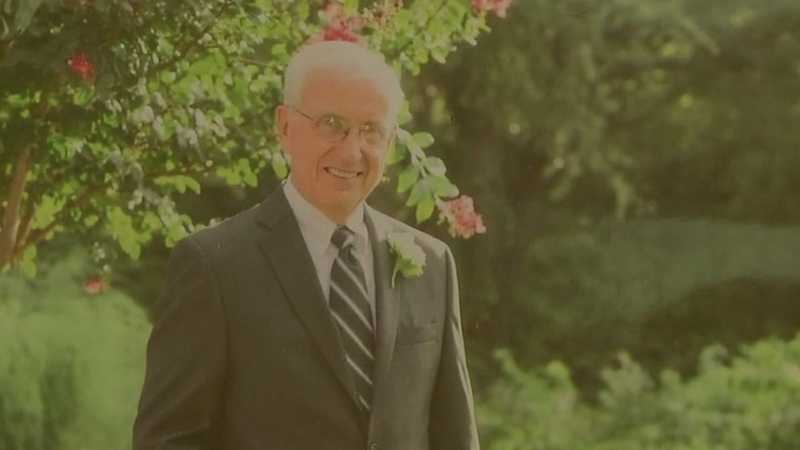 Family of Allen Tod Johnson asking for help in finding the person who killed their love one..

CONROE, Texas (KTRK) -- More than a month after a Woodlands man was found shot and killed inside his car just outside the Conroe-North Houston Regional Airport, the case remains a mystery.

Conroe Police say Allen Tod Johnson, 73, was driving to the airport on the morning of August 17, 2018, when he was shot and crashed.

It was a drive family members say he took nearly every morning, six-days-a-week for 20 years.

"Our worlds have been turned upside down by this loss. He was our compass," said his daughter Amy Graves.

Together, side-by-side, Graves and her step-mother Andie Johnson sat down with Eyewitness News for their first interview since Allen's murder.

They describe Allen as "one-in-a-million."

"The most thoughtful inquisitive person. He loved to ask you questions and really get you to reveal what was in your soul," said Amy of her father's love for a good conversation.

"He put everyone first before himself, always," said Andie of her husband's selflessness.

The Navy veteran who served in Vietnam, retired from Exxon in 2001 when his first wife passed away.

He focused on his two kids and passion for building planes and cars.

"He would scour the country to try to find these parts and I remember when he started it would take him eight years or so to build something," said Amy.

He married Andie two years ago, in July 2016, after more than a decade of dating.

They blended their families and began planning the rest of their lives, which included visits to their seven grand kids.

The marriage they had waited so long to start was abruptly cut short.

"Unbelievable. Devastating for us. Just out of the blue you're gone," described Andie of her husband's sudden death.

Allen was found shot and killed inside his homemade 1956 Corvette, it was the same car that was replicated for his groom's cake.

His vintage ride was found crashed outside the Montgomery County Fairgrounds on Airport Parkway, just 100 feet from the airport where he was heading to his hanger.

Conroe investigators say they were called by another driver who came across the crash just before 6 a.m.

Police spent hours investigating the scene but found no weapon.

More than a month later they have no witnesses and still no motive.

"An iPad, his wallet, everything was still there," said Andie.

The mysterious murder has left this family grappling with pain and grief as they lean on wisdom from the man who was once their foundation.

"I remember him telling me after our mother passed away, you can survive for five minutes and those five minutes will turn into a day and that day will turn into a month and then all of a sudden you've moved forward for an entire month. So just take it minute-by-minute, day-by-day and you'll move through this, but I'll always be grieving his loss," said Amy.

In an effort to drum up more leads the family has supplemented the Montgomery Co. Crime Stoppers reward bringing the total to $11,000 information leading to an arrest.

The increased amount will only last for the next 12 months.

If you have any information that may help Conroe Police with this murder investigation please call Montgomery Co. Crime Stoppers at (1-800) 392-7867.

They never ask for identifying information.

You can also reach the lead investigator from the Conroe Police Dept., Detective Brett Irvine at (936) 522-3257.