UConn knocks UH out of ranks of unbeaten 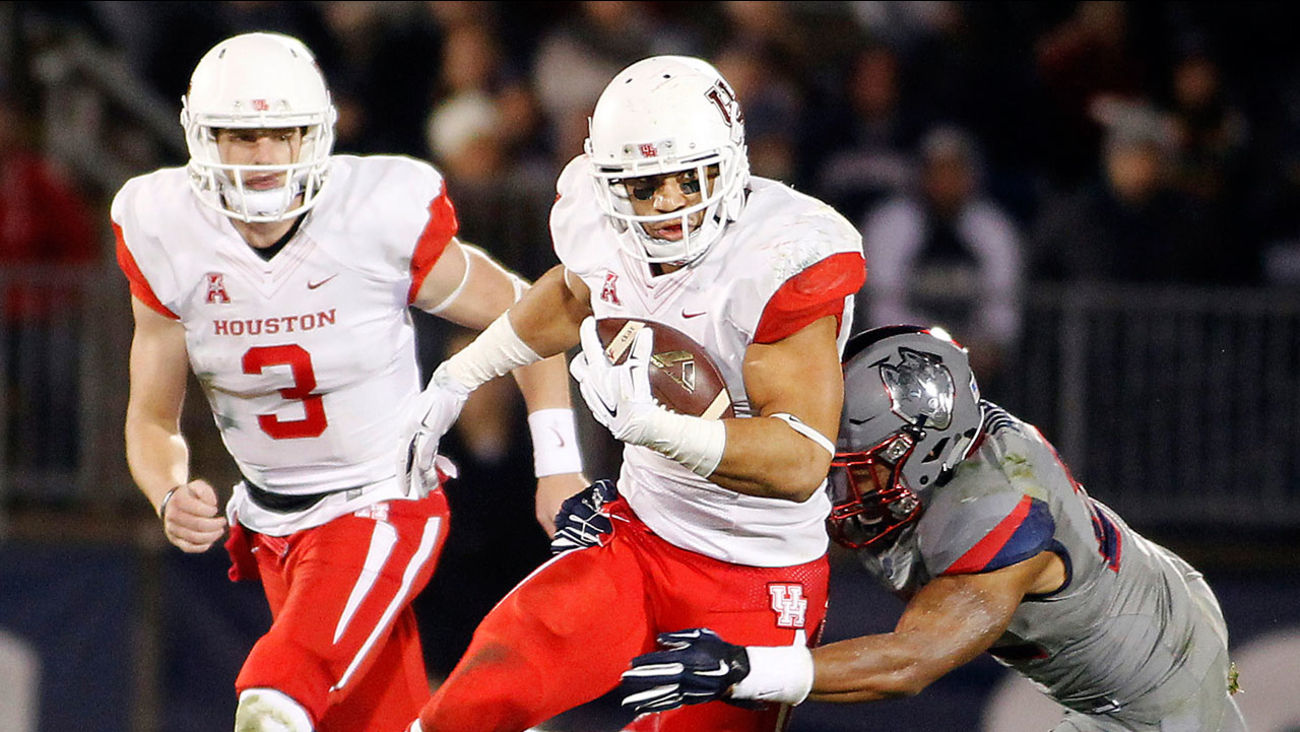 EAST HARTFORD, CT -- Noel Thomas caught two touchdown passes, including a 45-yarder on a trick play in the fourth quarter, and UConn beat No. 13 Houston 20-17 on Saturday.

The Huskies held the previously unbeaten Cougars to 318 yards of offense, almost 200 below their season average.

Ward came in during Houston's last drive, but was intercepted by Jamar Summers and Connecticut (6-5, 4-3 American Athletic Conference) ran out the clock.

The game-winning catch came with just under 10 minutes left when quarterback-turned receiver Garrett Anderson took a pitch from Tim Boyle and found Thomas for the touchdown.

Houston (10-1, 6-1) hosts Navy next Saturday for a spot in the Dec. 5 conference championship game.

The Huskies became bowl eligible for the first time since the 2010 season.